You Blew It! pays sweet tribute to Weezer's 'Blue Album' 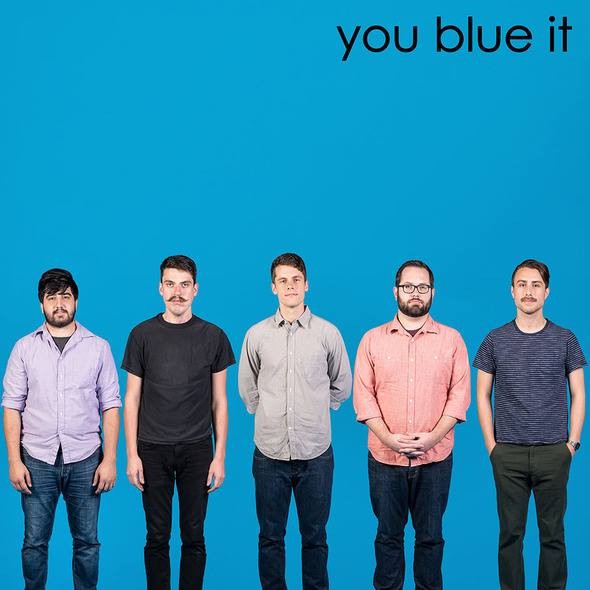 In perhaps the most fitting band-on-band moment of admiration, Orlando emo revivalists You Blew It! posted this sweet tribute to Weezer in honor of the 20th anniversary of The Blue Album (whatever, it's technically called Weezer but I've never called it that, and I've spun that record alllllmost as much as Pinkerton). But there's more! From You Blew It's Facebook:

Happy 20th birthday to Weezer's "Blue Album". To celebrate we recorded a 5-song covers EP that we’ll be releasing digitally on July 15 and physically on August 12, 2014. Expect pre-orders in mid-June.

My Name Is Jonas

Their "You Blue It" wordplay deserves props, but I'm taking it a step further. Here are some of my favorite Weezer lyrics mashed up with You Blew It! lyrics that would've blue themselves if I didn't do it for 'em.

Don't take this the wrong way: / I know you can't relate / to feelings you don't have personally./ I'll take what you said / and struggle to put your shoes over mine in my head / and use it to piece together my confidence. / You walk up to her / Ask her to dance / She says, 'Hey baby / I just might take the chance' / You say, 'It's a good thing / That you float in the air (in the air) / That way there's no way / I will crush your pretty / Toenails into a thousand pieces.'

Let's consider this something I won't soon forget. / Eventually, I've to get used to "remember when." / Things were better then / Once but never again / We've all left the den / Let me tell you 'bout it.

The Heard weezer you blew it orlando bands Video