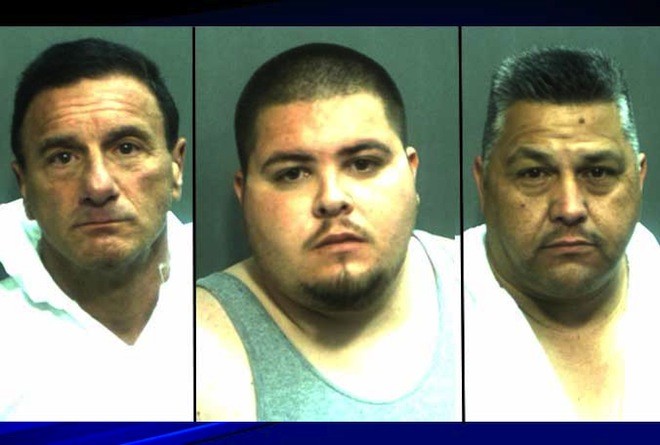 Florida has been a hotbed of ninja activity in 2014, but Orlando sheriffs proved to be one step ahead of these mysterious warriors this week when they caught three feudal Japanese figures attempting to break into a Doctor Phillips area home. Criminal intelligence lead the OPD to Kilgore Road Monday evening at approximately 9 p.m. where they quickly spotted two black clad figures cutting into a chain link fence surrounding a 9700 block residence. The third ninja, hiding in nearby bushes, was flushed out by a K9 unit.

Once Frank Bower Jr., Johnathan Contreras and Andres Perez were taken into custody, police recovered their tools of the trade: backpacks loaded with zip ties, duct tape, and firearms, and a white Audi (registered to Contreras) parked at a nearby Barnes and Noble. Investigators have yet to conclude if this is in fact the same ninja outfit who invaded a Windermere residence April 30 or if this incident is related to similar crimes in South Florida from earlier this year, but one thing's for sure: Ishikawa Goemon didn't need zip ties or German automotive engineering to pass into ninjutsu legend.

The Orlando Weekly would like to remind you that if you see a ninja, do not approach him or her and certainly do not make any attempt to capture them. Simply make note of the time and place you saw your ninja and report it to local authorities.