I am Spartacus and so are you 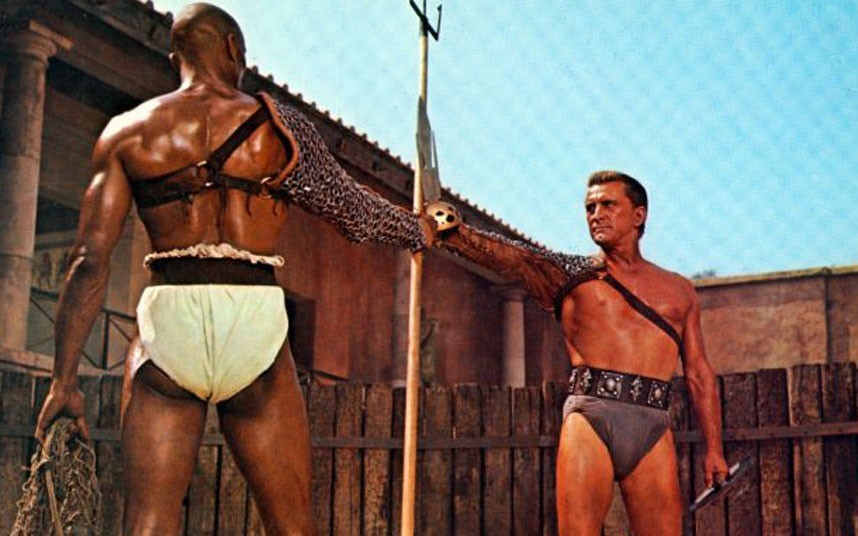 In the final part of their Classic Film Series, Regal will be screening Stanley Kubrick's sword and sandal and loincloth epic, Spartacus.

Though it was an uphappy production for almost everyone involved, and ended the brief working relationship between Kirk Douglass and Kubrick, the film went on to win 4 Oscars and become a classic, one that played a big role in the final destruction of the Hollywood Blacklist, as the screenplay was credited to one of the Hollywood 10, Dalton Trumbo, for the first time since the Blacklist began. There are differing stories on just how much of a role Kirk Douglas played in forcing Universal to give him the credit, but either way it's a great film.

The rebellious Thracian Spartacus, born and raised a slave, is sold to Gladiator trainer Batiatus. After weeks of being trained to kill for the arena, Spartacus turns on his owners and leads the other slaves in rebellion. As the rebels move from town to town, their numbers swell as escaped slaves join their ranks. Under the leadership of Spartacus, they make their way to southern Italy, where they will cross the sea and return to their homes.

If this will be your first time seeing it, be aware that it's almost 3 1/2 hours long, so maybe skip the 72oz Pepsi for this one.

Check out Regal's website for more info and tickets.