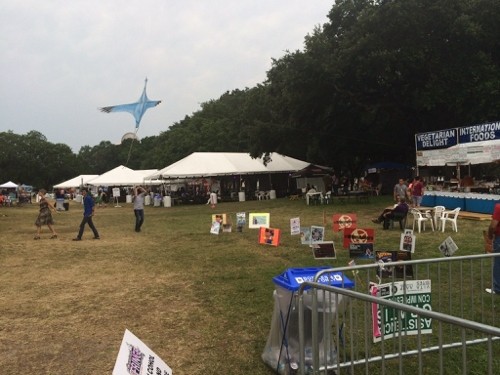 After thirteen days (seventeen if you count previews) of artistic overindulgence, the 2014 Orlando International Fringe Theatre Festival comes to a close over the next 30 hours with this year's final Patrons Pick encore performances. While shows continue through Tuesday night, the festival lawn vendors have folded their tents, and many international artists have already departed, making this an appropriate time for my annual Orlando Fringe wrap-up.

This year's Patrons' Picks, which are determined solely by ticket sales, included a few of my favorite shows from the 62 (and counting) I experienced at this year's festival:

Fringe is a non-juried festival, so it can't hand out qualitative awards on it's own. But for the past couple years, I've been honored to serve on a Critics' Choice Award panel chaired by former Orlando Sentinel critic Elizabeth Maupin. Along with current Sentinel critic Matt Palm, I helped pick our official choices for the best Orlando's 2014 Fringe had to offer.

From the fair weather to the friendly faces, this was one of my favorite Fringes of the past decade. While there were few A+ productions that truly knocked me out on every level, there were plenty of solid B+/A- efforts, and only a couple shows so bad that I regretted seeing them. Most importantly, the 2014 Orlando Fringe was successful overall for the participating artists, with over 34,000 tickets sold, returning more than $270,000 to the performers; both numbers are about a 10% improvement over last year.

Of course, I wouldn't be me without making a few suggestions for improvement ahead of the 2015 Orlando Fringe: