On the eve of Spooky Empire’s May-hem, John Carpenter discusses his career 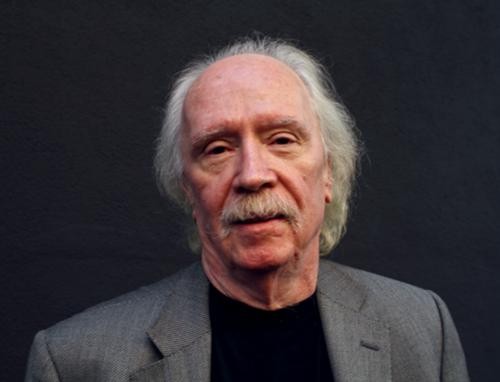 John Carpenter photo via wikipedia John Carpenter is an accomplished composer, screenwriter and director of movies in multiple genres, so does he ever get tired of being associated with only horror? “God, no! Oh, no, no. I love horror,” Carpenter says. “Making horror movies, making science-fiction movies, I got to be John Carpenter. What’s wrong with that?” Carpenter, the helmer or such horrors as Halloween (1978) and The Thing (1982), will be appearing at Spooky Empire’s May-hem May 30 – June 1, at the DoubleTree by Hilton at the entrance of Universal, in Orlando. He will participate in two discussion panels, one on Saturday at 2 p.m. with Nick Castle, P.J. Soles and other cast members of Halloween, and another on Sunday at 1 p.m. with Roddy Piper to discuss They Live. Carpenter will also be available for photos and autographs. Though hundreds, if not thousands, of fans will come to see Carpenter because of his horror-movie fame – and despite the director’s comfort with that genre – he got into film for a different reason.

“I got into the movie business to make Westerns, but the Western died,” Carpenter explains, citing Howard Hawks as an early influence.

“My first hit film was Halloween, and that kind of tightened [my reputation] there, and I grew up watching horror and science fiction, [so my horror status] is fine with me. I don’t long for [anything else].”

Carpenter may have no secret longings, but he certainly has regrets.

“In the very beginning, when you’re trying to get into the movie business, every job [that you don’t get] is a regret because you don’t have any job,” he says. “But things happen the way they happen. I have HUGE regrets for things, but not for movies I didn’t get.”

So what are these mysterious regrets?

Despite that self-criticism, are there any films that stand out to Carpenter? “No, I couldn’t pick it. I have no idea,” he says. “I’m the worst judge of my own work.”

If Carpenter can’t fully embrace his most famous horror creations, how does he feel about his other work, notably Starman, starring Jeff Bridges?

“Well, it’s a girl movie. I got to make a romantic comedy, which was really nice,” he says. “And it came along at the right time for me. [It’s] something I wanted to do. I don’t know if it’s my best film. It’s less savage than some of the films.”

If Carpenter’s comments leave you thinking he is generally joyless or unhappy with his work, think again.

“I’m happy and joyful that I finished [each movie], because I think the worst thing that can happen to a director is [not to finish a film] or have it taken away from you. So I have a great deal of joy at all my movies.”

Carpenter also draws joy from film itself, specifically Panavision anamorphic 35mm, instead of digital, because “that’s the best-looking image. It’s just a magical thing.” He also seems passionate about meeting his fans, which he’s done at several previous horror-movie conventions.

“Love it, love it,” he says. “They’re really nice. It’s fun, a lot of fun. The most fun is, of course, the questions you get from the audience [at the panels] because you never know what you’re going to get.”

Carpenter is confident discussing his films and relating to his fans. So what makes the director uneasy or sad? What gives the creator of nightmares nightmares?

“You’ve been under [Gov.] Rick Scott too long!” Carpenter laments, offering a shout-out to citizens of another state with a conservative governor, Kansas. “[They’ve] got [Sam] Brownback up there. He’s cool!” says Carpenter, tongue planted firmly in cheek. And if Florida’s politics don’t scare you, Carpenter adds, “Maybe not in our lifetime, but part of your state will be underwater.”

On a more serious note, film itself – or more specifically the loss of film – also gives him pause.

“It’s all over, dude. All over. Pretty much all of [the projection houses] project digital,” Carpenter says with some sadness and nostalgia, which is understandable considering every film he’s made has been shot on film, though some have been finished digitally.

At 66 years of age, and with regrets and nightmares perhaps fading, Carpenter seems comfortable in his own skin and remains active, his next project being a music album – despite his claim that, “I’m an old man. I have to slow down.” Oh, and how does he feel, with the benefit of hindsight, about all those movies that were panned?

“I love [In the Mouth of Madness]. I thought I did a great job with it. I thought everybody else thought it was bullshit,” he says. “[And with] The Thing, I thought this is the best I can do. Other people didn’t feel that way. It was hated, [but] I know that [it’s loved today]. Director’s revenge!”

Weekend tickets to May-hem cost $50 in advance, and $60 at the door. Single-day tickets are $30-$35 in advance, and $35-$40 at the door. Other media guests this year include Robert Englund and the cast of the original Godzilla, which is celebrating its 60th anniversary. For more information, visit www.spookyempire.com.