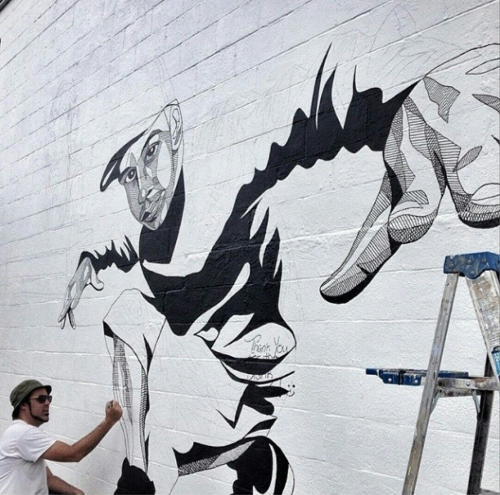 New mural alert! Local hero Andrew Spear finishes his second of three Red Bull Wings to Walls murals Tuesday, June 3, when he paints in the local B-boy YOU vote for. The Red Bull BC One promo folks tell us, "As part of the Wings to Walls art in public places initiative partnership by the Mills 50 District and Red Bull, Spear is creating and unveiling the second of a three-part mural project on the Little Saigon building at the corner of East Colonial Drive and Thornton Avenue. The mural portrays breakdancing and music – and once again, Central Floridians get to vote online to choose which Orlando B-Boy dancer will be painted in the mural."

Local B-boys competing in the BC One Cypher at Full Sail University include Rey “Reymosu” DeLeon, Jonathan “Unnex” Colon, Hector “Static” Bermudez and Tang “Tung Fu” Phan. Vote by reposting your favorite dancer's pic on Instagram and tagging with #wingstowalls. Follow @redbullORL and hashtag #wingstowalls on Instagram and Twitter for constant updates, and check out the Red Bull BC One Orlando Cypher 2014 Facebook page to learn more about the event and the competitors. The competition itself pops off June 7 at Full Sail University, when 16 B-boys go head to head in knockout battles; the winner here moves on to the BC One North American Final in Las Vegas on Saturday, Aug. 16, and from there, winners compete at the BC One World Finals in Paris, Saturday, Nov. 29. The pictures that Full Sail sent us from last year's event (below) look pretty amazing, so you'll want to get on this. 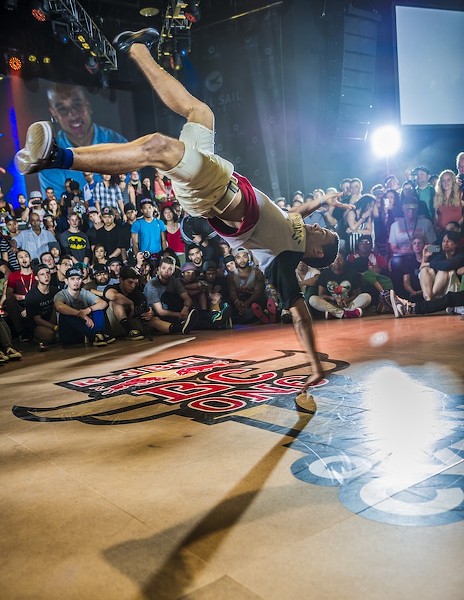 Reymuso in action — Red Bull BC One Cypher 2013