Let there be rock: Photos of Drive-By Truckers at the Beacham

After many years of basically a Sahara of attention to our city, it is truly a great thing that alternative Southern rock kings the Drive-By Truckers are making Orlando a regular destination. For a while there, I was convinced that their much-too-brief set at Orlando Calling (remember that thing?) was going to be the first and last time I would see them here in eons. But just like that overblown half-step of a music festival, the thought proved to be a mirage.

At this point in their proven career, it would be much bigger news if they delivered a bad performance rather than their characteristically good ones. And, unsurprisingly, this latest show (June 5, The Beacham) was one of good ones. But their new material – of which Mike Cooley finally stands alongside Patterson Hood as a near-equal author – was great to hear live. Hopefully, after two well-attended shows in a row now at the prime Beacham Theater, the Truckers realize that they’re pretty welcome here.

But, as their stops here are starting to prove, seeing what opener the Truckers are going to bring in tow is becoming a big and special part of their shows. Last time, it was peerless underground heroes Centro-matic. This time it was Mississippi up-comers Water Liars, whose new self-titled album on notable Mississippi indie label Big Legal Mess Records is a large, lovely thing. Standing in the deepening field between Two Gallants and Band of Horses, they make songs of heft, heart and beauty. And they’re a bright, young star in the galaxy of new Southern indie rock that’s definitely worth watching. 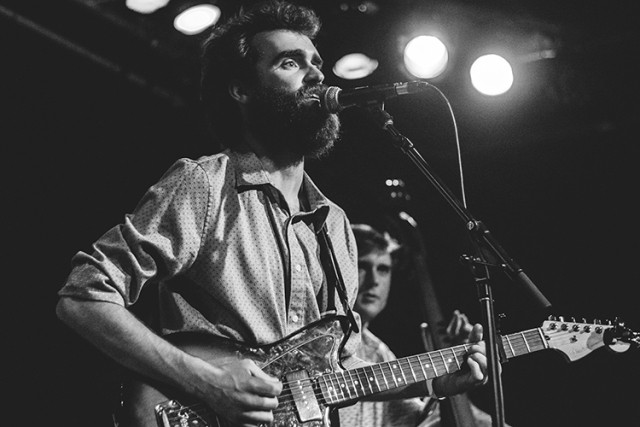