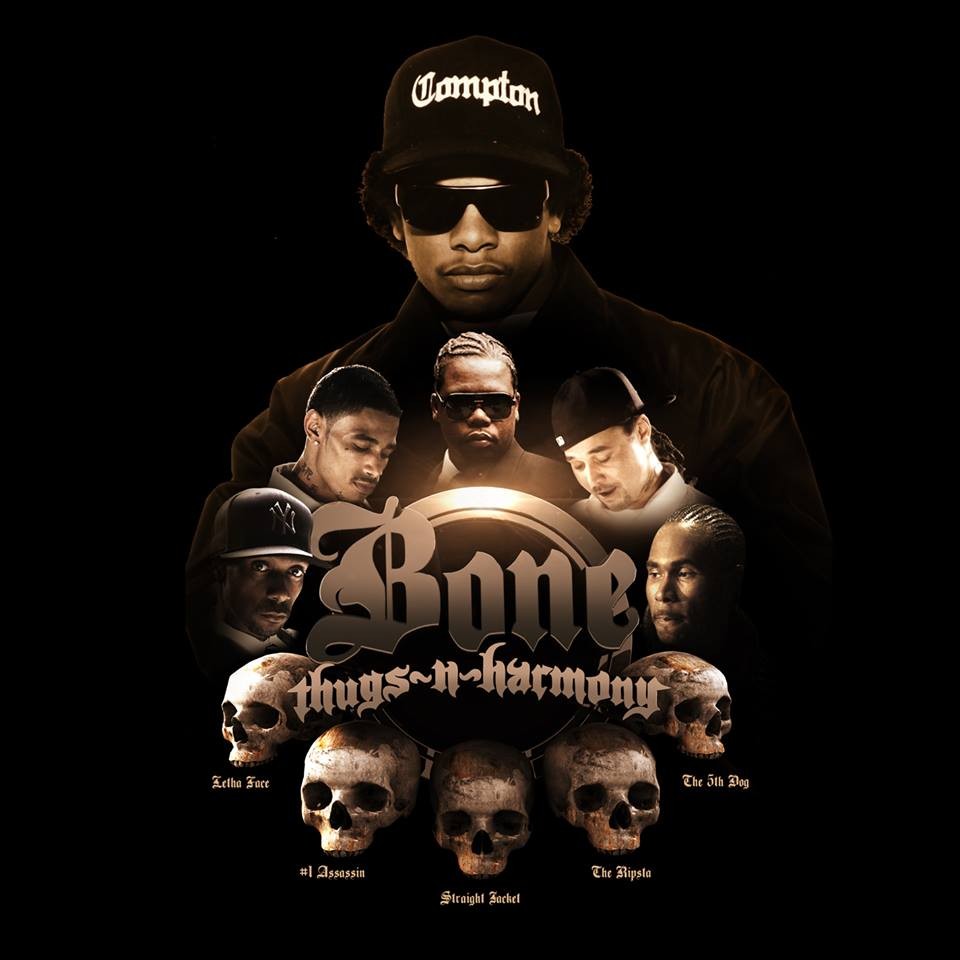 If you've ever swayed to "Tha Crossroads," we'll expect to see ya at Bone Thugs-n-Harmony's show next month at Firestone Live at 8 p.m. Friday, July 18 ($25). The group's origin story is well-known in hip-hop history, with the Bones buying one-way tickets to meet Eazy E, who signed them after they bombarded him with an audition backstage one fateful night. "Tha Crossroads" topped the charts in 1996, their most successful single, a cut off their 4-times-over Platinum 1995 record E. 1999 Eternal. It is dedicated to Eazy E and the music video was on perpetual loop on MTV in 1996:

It's likely you've seen the video countless times, but what you may not have as solid a memory of are these old clips from Yo! MTV Raps as early as 1994, the Bones' early history littered all over YouTube. Here, Eazy E warns the world how different these rappers are (who he originally named Thugs-n-Harmony), saying, "They got all kinda flow; this is just the beginning."

Bone Thugs-n-Harmony fell out of tune with another at various points in the group's career, with a 2000 revival album (BTNHResurrection), followed by four subsequent releases between 2002 and 2010 when the group was rumored to disband. Their re-resurrection last year with The Art of War: World War III, though, sees them back on the road now for the upcoming mid-July date. Hopefully, we're in for a show as energetic as their earliest days, because that'd be a trip in a venue as deceptively intimate as Firestone.

Last month, our live music columnist Bao Le-Huu described Firestone's recent live music improvements, "Gone is the oddly high shadow-box stage. The new, lower, more open stage gives the audience closer action and superior sightlines. The place looks great, and it’s a better live-music setup than perhaps ever before." You can see what he means in this gallery from a recent show at Firestone:

Whiskey in my soul: Photos from Moonshine Bandits and the Lacs at Firestone