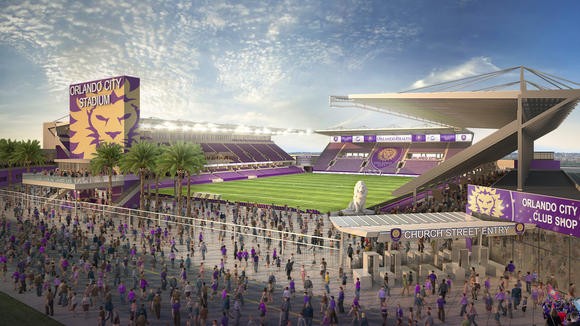 Orlando City Soccer released the renderings for its Major League Soccer stadium today. The design, which appears sleek (and a little bit underwhelming), will cost about $115 million to build.

The stadium’s scheduled completion is sometime in 2016 before the MLS season, and will feature 19,500 seats, roof coverage to protect fans from the typical summer thunderstorms, and an open air pub-style deck. The stadium will also include a huge, Roman Empire-esque lion statue (to represent the Orlando Lions) that will turn around to watch teams play at game time.

According to Orlando City President Phil Rawlins, the designers aimed to create a stadium with a palpable Orlando impression, with Rawlins stating, "When you see our stadium on television, you'll know straight away that we're in Orlando." The completed stadium will be built on Church Street in the Parramore neighborhood.