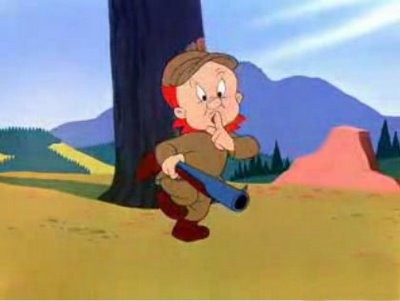 BROWN IS THE NEW BLACK: “What sort of criminal is the target of most federal prosecutions? Mobsters? Bank robbers? No: illegal immigrants. And where do they go? To private prisons, for whom America's immigration system is a giant profit center.  A new report from the ACLU takes a deep look at Criminal Alien Requirement [CAR] prisons—privately run federal prisons designed to house people convicted of breaking immigrations laws. You might be shocked to learn how big of a business this has become. From the report:  Nationwide, more than half of all federal criminal prosecutions initiated in fiscal year 2013 were for unlawfully crossing the border into the United States—an act that has traditionally been treated as a civil offense resulting in deportation, rather than as a criminal act resulting in incarceration in a federal prison. This is dramatically changing who enters the federal prison system. The tipping point came in 2009, when more people entered federal prison for immigration offenses than for violent, weapons, and property offenses combined—and the number has continued to rise each year since. Thanks to very deliberate choices on the part of our legal system, more immigration violations now end with prison, rather than with deportation. In Texas alone, there are five CAR prisons housing nearly 14,000 inmates convicted of immigration crimes. And there is quite a large and influential set of business interests who would like to keep this system humming along: in the past 25 years, the ACLU says, the private prison industry in America has grown by 1600%. Private prison companies are publicly traded and make up part of the portfolios of countless investors and major financial institutions.  The ACLU's report details multiple instances of poor conditions in CAR prisons, including poor medical care and lack of basic sanitation. But one of the most disturbing things they catalogue is the tendency of these private prisons to overuse extreme isolation of prisoners in segregated housing units, or SHUs—isolation cells, the extended use of which is regarded in the civilized world as torture.” (via Gawker)

WAIT FOR IT: ALL THAT PROSPERITY TALK AND BIG SPENDING ON SHINY THINGS MAY HAVE NOT BEEN THE BEST FISCAL POLICY FOR THE CITY OF ORLANDO. AND NOW, YOU PAY: “The city of Orlando faces a budget gap next year estimated at $20 million to $30 million. City Council members had been told weeks ago there would be a shortfall, but didn't learn how much until a workshop Monday. They spent the rest of the day in briefings with departments heads, who reported they've already made deep cuts to staff and services over the past decade. Mayor Buddy Dyer is laying the groundwork for what will likely be a mix of spending cuts, a property tax increase, fee hikes and possibly a new fire assessment. "There is not one silver bullet that's going to close this gap," Dyer said. Commissioners are set to discuss the budget again in two weeks.  That discussion will include more details of the possible fire assessment, which would impose a levy separate from the current property taxes that residents and businesses already pay. Most city commissioners seemed more prepared to accept tax and fee increases than further cuts to basic services such as code enforcement and street maintenance.” (via Orlando Sentinel)

YOUR LIVING (AND KILLING) NIGHTMARE HAS ARRIVED. THANKS, NRA: “It’s been quite a month for the National Rifle Association: Massacres at universities, in restaurants, and at retail stores from South Carolina to Las Vegas. Gun nuts porting assault weapons to dinner from Chili’s to Chipotle. The leaders of the take-no-prisoners gun-rights organization have been witness to the logical outgrowth of its policies and rhetoric. Much as the GOP helped create the lunatic-fringe Tea Party within its midst, the NRA chieftains have helped birth a beast whose black heart now beats strongly among its most radical adherents.  The NRA’s officials purposefully pipeline propaganda to the most loony-tunes among us. They’ve told these gun cultists that they had best arm themselves with as many weapons and as lethal weaponry as they can get their hands on, because either a black president or a black helicopter will be hunting them down shortly. Simultaneously, they’ve used every electoral and lobbying tactic to best enable these unstable individuals to have access to the weaponry of war from which they and their arms-dealer cronies so handsomely profit. The result: They’ve watched impotently as this witch’s brew of mental illness, far-right politics, propaganda, and heavy weaponry has led to one shocking—yet wholly predictable—massacre after another, with the most recent targets including the execution-style murders of two lunching police officers in Las Vegas. These very same factors have also provided the impetus for a group of lunkheads to share their passion for taking AK-47s to lunch—even though the rest of us have no interest in sharing their emotionally degraded worldview. It’s quite a con. And it’s killing us.” (via The Daily Beast)

BE VERY VERY QUIET. RICK SCOTT IS HUNTING HISPANICS WILLING TO VOTE HIM BACK INTO OFFICE: “Gov. Rick Scott quietly signed legislation over the weekend that allows students who are undocumented immigrants to qualify for in-state tuition at Florida colleges and universities. House Bill 851 was a priority of House Republicans, including Speaker Will Weatherford, who overcame opposition from Senate conservatives to achieve passage in the final days of the 2014 session. Yet Scott didn't provide an opportunity for them to take a victory lap, since he chose not to hold a formal bill signing, as he has for other priorities. The governor has focused on the tuition-control portions of the legislation to contrast them with the policies of his expected opponent for re-election, former Gov. Charlie Crist. Scott will tour the state all week — he started in Fort Myers on Monday and has stops planned in Miami, Boca Raton, Orlando and Pensacola — discussing higher education and tuition and campaigning against Crist. "We're going to talk about legislation I signed this weekend to stop Charlie Crist's 15 percent annual tuition increases," Scott said during a morning appearance on WINK-TV in Fort Myers. Only after tweaking Crist did Scott reference immigrant students, widely known as "dreamers.'' "Students that grew up in our state are going to get the same in-state tuition as their peers, which is what's fair," he said.” (via Tampa Bay Times)