June 12, 2014 at 2:55 PM
comment
The Electronic Entertainment Expo was quite a feast for the senses this year. The impact of this new generation of gaming consoles allowed for developers to really spread their wings and unveil a few secret weapons. Here's our breakdown of our favorite moments this year.

After a year of incredible sales and the blowout success of the Playstation 4, Sony took the stage and confidently delivered the goods. The game selection was fantastic, their love for their fans was honest and the press conference was easily the most well-rounded of the lot.

Naughty Dog is no stranger to revolutionizing gaming on the graphics front, and the new Uncharted game (titled "A Thief's End") showcased a darker side of the franchise and a beautiful new model for hero, Nathan Drake. The trailer was rendered in-engine, and we have no doubt this one will kick ass and set trends -- "one last time."

Sure, we were all hoping for Beyond Good and Evil 2 at the end of Ubisoft's rockstar conference, but what we got instead was a seemingly triumphant return for Rainbow Six. A woman is being held hostage in a suburban home: One team are the kidnappers, while the other team has to bust into the house and rescue her. The environments looked completely destructible, there were multiple methods to completing your objective and it was ridiculously tense. Loved it. 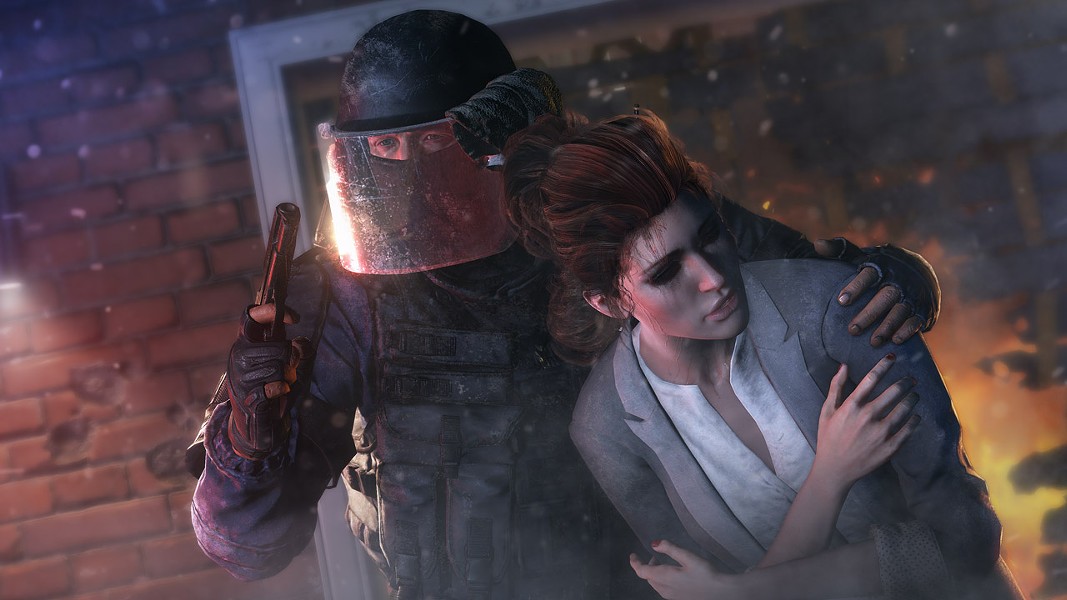 and it's an indie game

The new indie team, Hello Games completely blindsided the entire convention with a stylish, "infinitely" open world space exploration game. One minute you'll be discovering new species on foreign planets and the next, you'll jump into a ship and traverse the galaxy with your friends. This one looks like a revolution, completely.

When Ubisoft announced that they'd plan to make one Assassin's Creed game every year, fans collectively shrugged. Enough is too much, right? Wrong. One look at the gameplay and gritty, true-to-life depiction of the French Revolution, and crowds exploded. Couple that with four-player co-op and it looks like we may have the best AC game since Brotherhood.

The Division's new trailer hits us in the feels

Remember the Dead Island trailer from a few years ago? The one where the couple gets eaten by zombies? Well this trailer hits harder. The gameplay showcased at the convention was incredible on it's own, but the brilliant direction of the story trailer for The Division really hammered in the emotion.

When Phil Spencer took over for Xbox this year, he had one goal: get back to gaming. The company was previously so focused on multimedia and technological "innovation" that they forgot why people buy the consoles at all and shat out a pretty weak launch lineup. This year, Microsoft's press conference was all about new games and was all the better for it. Compared to the steamroller that was Sony's conference though, we can just say that Xbox went from "meh" to "ok" this year. Baby steps I suppose.

Last year, Far Cry 3 revolutionized first-person gaming with their "Skyrim with guns" approach to an open-world game. Ubisoft's Far Cry 4 demo looked to be a perfect evolution of that formula, both graphically and aesthetically. Wing suits, elephant riding, mini helicopters, a Himalayan setting and a bad-fucking-ass villain (voiced by audio-hero Troy Baker) only scratch the surface of what this game has in store. Let the chaos begin.

The Witcher franchise is one of gamings most beloved success stories. CD Projekt RED took an incredible work of Polish fiction and made a name for themselves by crafting one of the most immersive and fun role playing experiences ever put on-screen: The Witcher 2. Their new project, The Witcher 3: Wild Hunt is shaping up to be a complete overhaul of the open-world formula -- and it looks phenomenal.

Ori and the Blind Forest gives us chills

I'm a sucker for a beautiful indie game: Between Journey, Child of Light and The Unfinished Swan, the amount of feels I have for indie developers (who can change my life in just a few hours) just can't be measured. I don't know what Ori and the Blind Forest is about, but it looks sweet and the music is just dream-fuel. Count me in.

Ori and the Blind Forest

DICE showcased the lengths they went to in order to fully capture the spirit of the old Star Wars movies for their reboot of the Star Wars: Battlefront franchise. Audiences were spellbound by the loving attention to detail displayed, and it's shaping up to be a real winner.

There's something to be said about starting your 2014/2015 product showcase with a video your corporate heads duking it out -- and it was amazing. Satoru Iwata and Reggie Fils-Aime kicked each other's asses just to show off our ability to play as our Mii characters in the new Super Smash Brothers game. This was followed up by a heartfelt "thank you" to fans who have stuck by and grown with Nintendo. They may not be winning this new console war, but you can't deny the infectious heart and soul of this company.

While we weren't shown any actual gameplay, the new Legend of Zelda game is showing a lot of promise. With a Wind Waker/Skyward Sword hybrid art style, it looks like the next generation of Hyrule is upon us. I mean, just look at that field! Shut up and take my money.

The Legend Of Zelda
Nintendo

Grand Theft Auto V for PS4, Xbox One and PC

We knew it was going to happen, but now it's official. The brilliant GTAV is finally coming to current-gen consoles with a technical overhaul. The new lighting and textures are all noticeably breathtaking, but I can't wait to see what the PC modding community dreams up. My body is ready.

Rocksteady is back on the scene with their newest open-world Batman game, and the new Gotham city looks brilliant. We saw Mr. Bats soaring through buildings, a batmobile with tank-like abilities and a graphics engine that was beyond belief. It's going to be a good year. 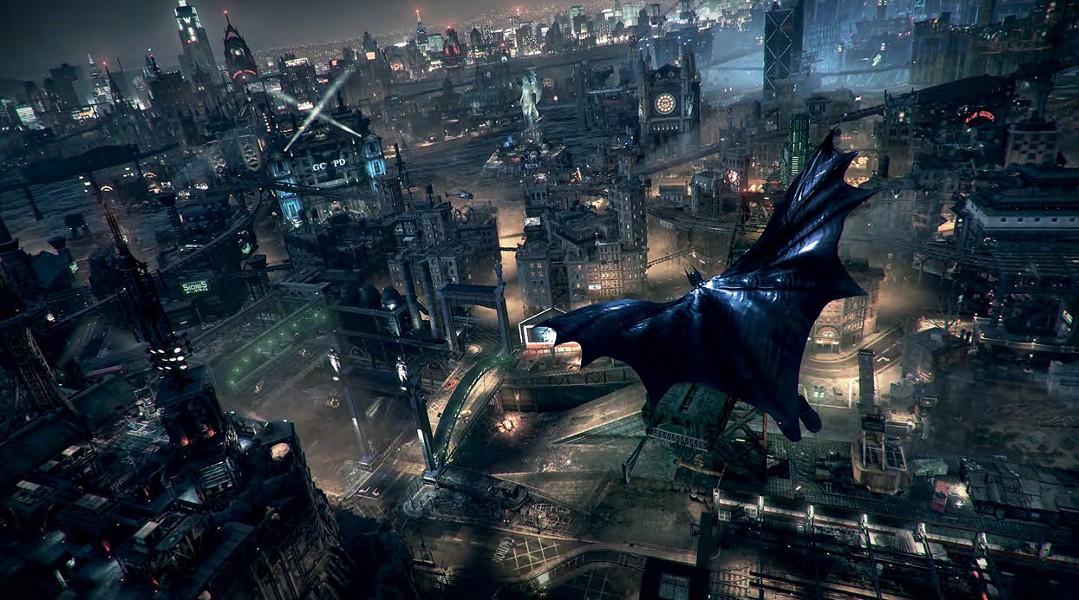 I don't want Destiny to suck -- I don't. I love Bungie, and there's a big chunk of my lifeblood devoted to the Halo series. But all I really know about this supposed "revolutionary" game right now is what I've been told: "More than one person can play at a time." "It has abilities." "It has graphics." Whatever.

The Last Guardian is MIA

I'm learning to live without The Last Guardian in my life, but with the recent announcement that it's actually still in development, I would have liked to see a little progress. Just to get me back on the hype train -- no dice.

I'm sorry, but there is absolutely zero excuse for Square-Enix to withhold updates on Final Fantasy XV this E3. To me, it just shows a general lack of respect for their Western market.

Not a lot to say here. There just wasn't enough handheld love, save for Sony's conference who gave some solid Playstation Now support for the Vita.

Do we really need Dead Island 2?

Sure, the trailer was pretty hilarious, but where does it fit? I say we end our zombie fetish and embrace the age of the dinosaur. Why can't I just get a god damn dinosaur game -- a good one?

Let It Die is the new game from infamous rag-tag Japanese game director Suda 51. Blood, gore and other forms of hyper-violence abound. My teenage self from the Playstation 2 era loves it, but my adult self is telling me I'm over this guy.