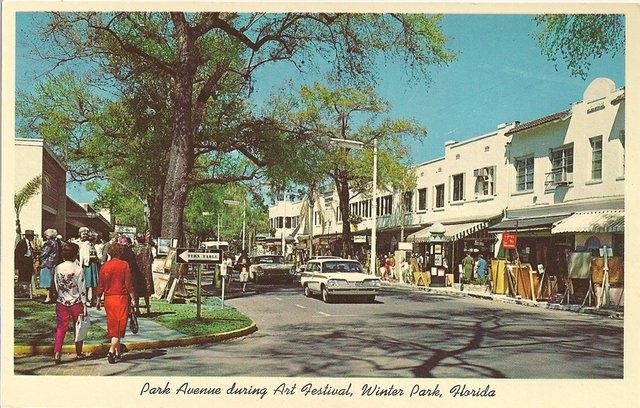 via The city of Winter Park has released a video featuring 50-year-old footage of the favored town. The video, which gives off Betty Draper vibes with cheerful background music and a chipper narrator, advertises Winter Park as a town with a “Southern climate but a Northern atmosphere.” The advertisement also mentions long-vanished local haunts such as the Toggery, a store where “women trust (their men) to do their own shopping” and Swetman Travel Service, a company that thrived before the invention of the Internet. Though both places seem pleasant enough, we're sure that Peggy Olsen could have done a better (and less sexist, in the Toggery's case) job with their advertising. Perhaps the most interesting aspect of the short film is 1962 Winter Park’s awareness of the “space age.” Though it was created seven years before astronauts landed on the moon, the video highlights the city’s educational programs, which sought to prepare students for the predicted technological explosion. It even goes so far as to state, “even young women must know how to cope with many more mechanical problems than did their mothers.” Hmm...they must have forgotten about Rosie the Riveter and  Amelia Earhart. Watch the video below, and experience the strangeness of viewing Winter Park through a 60’s filter:

Winter Park 1962 from City of Winter Park, FL on Vimeo.