Universal Orlando plans for 5th hotel and beyond

June 26, 2014 at 3:07 PM
comment
Yesterday, our friends at Parkscope uncovered recent filings with the Orange County Comptroller's office that unveil Universal Orlando's plans for a 5th hotel and beyond. Hot on the heels of the grand opening of the Cabana Bay Beach Resort, Universal and Loews Hotels will construct a new property on land between Cabana Bay and the Royal Pacific Resort. 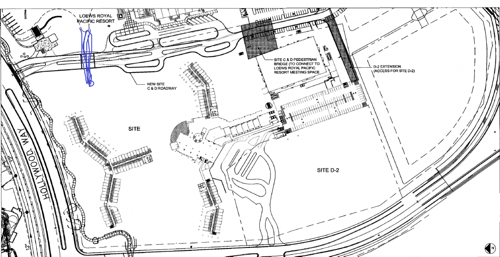 The legal filings run over 200 pages, and don't include a projected opening date, or a name or theme for the new resort. However, we can glean some details from the dense legalese:

Naturally, Universal has made no official statement about these plans. However, this may be part of the expansion to be announced in the coming months that Universal Orlando President Bill Davis hinted at during last week's Diagon Alley media event. We'll bring you more information as it becomes available.