June 27, 2014 at 3:52 PM
comment
It's the last weekend of Bite30, so you should totally take advantage of that the second you bust outta work this evening. Until then, use these links from around the Internet to kill the last few hours of your day:

1. So, first there was a cronut. And now? Well, Carl's Jr. have given us the Bisnut. Yes, it's a horrible, awful name, but it sounds really, really, ridiculously tasty. Basically, they take the biscuit dough and roll it into a donut shape, bake it and then top it with your choice of icing and sprinkles. Right now the southern-skewed donut concoction is only available at Southern California Carls Jr. locations, but here's to hopin' that a local joint hears about the treats and recreates 'em!

2. Okay, so falling for real is never funny, but these shots by photographer Sandro Giordano depicts people in their clumsiest moments: falling down the stairs, stumbling onto the ground face first while getting out of the car, tripping while playing tennis ... you get the picture. Except his intention was not to show awkwardness, but the sheer exhaustion one feels just simply livin' life, "Each shot ‘tells’ about worn out characters who, as if a sudden black-out of mind and body took over, let themselves crash with no attempt to save themselves, unable, because of the fatigue of the everyday ‘representation’ of living, oppressed by ‘appearance’ instead of simply ‘existing’.” 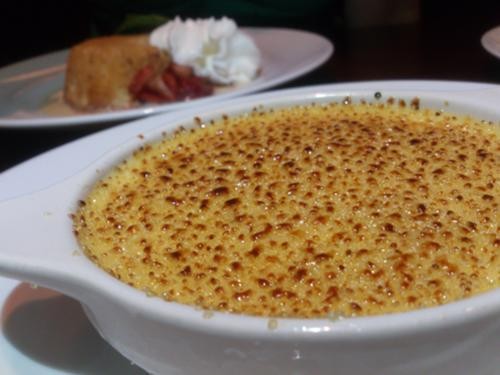 3. Seriously, though, if you haven't taken part in Bite30, yet, you may be slightly broken. Where else can you get three courses of really high quality food for $15 or $30? This gallery will give your taste of what you can, um, taste in our month-long Orlando restaurant week. Hurry up, though. Monday's the last day.

4. Disco clams are like a personal underwater clam-rave, emitting a flashing, neon-esque light show at the bottom of the ocean. Before now, scientists were stumped as to what causes the clams flashy lights. Integrative biologist Lindsey Dougherty discovered that the inside of the clam’s lip is filled with nanospheres of silica that reflect light; the outside has none and absorbs light, causing about two disco flashes per second.

5. So, this kid is totally excited to be at a Marlins game, isn't he?