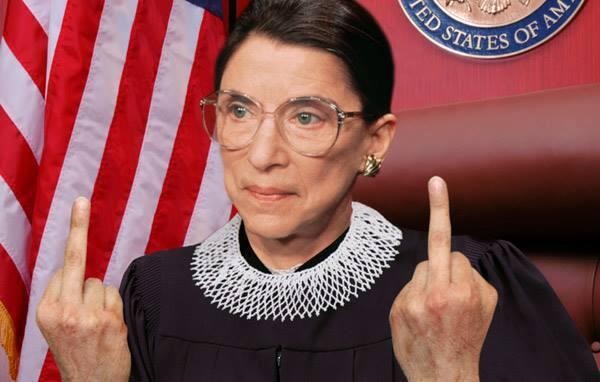 IN WHICH SOCIAL INEQUALITY IS EXTRAPOLATED FROM INCOME INEQUALITY. IN OTHER WORDS, WE’RE ALL DOOMED: “The American political system is overrun by money. Economic inequality translates into political inequality, and political inequality yields increasing economic inequality. In fact, as he recognizes, Mr. Piketty’s argument rests on the ability of wealth-holders to keep their after-tax rate of return high relative to economic growth. How do they do this? By designing the rules of the game to ensure this outcome; that is, through politics. So corporate welfare increases as we curtail welfare for the poor. Congress maintains subsidies for rich farmers as we cut back on nutritional support for the needy. Drug companies have been given hundreds of billions of dollars as we limit Medicaid benefits. The banks that brought on the global financial crisis got billions while a pittance went to the homeowners and victims of the same banks’ predatory lending practices. This last decision was particularly foolish. There were alternatives to throwing money at the banks and hoping it would circulate through increased lending. We could have helped underwater homeowners and the victims of predatory behavior directly. This would not only have helped the economy, it would have put us on the path to robust recovery. OUR divisions are deep. Economic and geographic segregation have immunized those at the top from the problems of those down below. Like the kings of yore, they have come to perceive their privileged positions essentially as a natural right. How else to explain the recent comments of the venture capitalist Tom Perkins, who suggested that criticism of the 1 percent was akin to Nazi fascism, or those coming from the private equity titan Stephen A. Schwarzman, who compared asking financiers to pay taxes at the same rate as those who work for a living to Hitler’s invasion of Poland.” (via New York Times)

IT’S A LONG WAY DOWN

SPEAKING OF, CORPORATE PERSONHOOD IS TRICKLING DOWN INTO YOUR UTERUS, LADIES. HOBBY LOBBY COULD HAVE CHOSEN ANOTHER HOBBY; INSTEAD, IT CHOSE MYTHOLOGY: “The Supreme Court has ruled in a narrow 5-4 decision that a closely-held company can be exempt from the contraceptive coverage under the Affordable Care Act.  The closely watched case pitted the administration and its allies, including women’s health advocates, against the religious right, which has repeatedly accused President Barack Obama of waging a war on religion in the public square. Hobby Lobby Stores, an Oklahoma-based, evangelical-owned craft chain with about 13,000 employees, and Conestoga Wood Specialties, a small Mennonite-owned cabinet maker in Pennsylvania, were two of the 49 for-profit companies that said the requirement violated their religious freedom. The Obama administration had provided exemptions for the law for houses of worship and an accommodation for religious nonprofits (the subject of pending litigation) but not for for-profit corporations. The Religious Freedom Restoration Act, the law at issue in the case, has never been applied to for-profit entities. The Court had to decide whether corporations even have religious exercise rights – making the beliefs of the employer synonymous with the entire company – and weigh that question against the potential harms to the employees.  Hobby Lobby and Conestoga Wood objected to a handful of contraceptives that they speculate can block a fertilized egg, which is neither documented in the science nor the medical definition of abortion. Other for-profit plaintiffs object to any birth control coverage at all. The case was the first time the Affordable Care Act returned to the nation’s highest Court since it was first largely upheld as constitutional, and was argued by current Solicitor General Don Verrilli and former Bush administration solicitor general Paul Clement. (via MSNBC)

OH, AND IF YOU THINK LAST WEEK’S BUFFER-ZONE SCOTUS RULING WAS BENIGN (AT LEAST IN FLORIDA), YOU’RE WRONG. IT’S A BAD MONTH FOR CHOICE: “In 2000, the U.S. Supreme Court upheld an eight-foot buffer-zone rule outside of abortion clinics in Colorado. This eliminated the ability of abortion protesters to spew bile and venom (and often worse) at folks trying to enter the clinics. Yesterday, though, the court unanimously struck down a 2007 Massachusetts law that banned protesters within 35 feet of abortion clinics. "The court recognized our First Amendment rights, and now I'll have a chance to speak to people one-on-one," says Eleanor McCullen, lead petitioner of the case. It's different in each state -- sometimes in each city -- but many places already have their own buffer laws, so the precedent shown here could be harrowing. West Palm Beach has a 20-foot buffer rule (enacted in '05), and Melbourne has a 36-foot buffer zone. The Supreme Court ruling comes even though there is a history of anti-abortion crime, particularly in Florida. Six murders have taken place in the U.S outside of abortion clinics, and two occurred in Florida. In 1993, Dr. David Gunn was shot and killed during an anti-abortion protest at the Pensacola Women's Medical Services Clinic. The doctor -- who performed abortions in Florida and Alabama -- and was getting out of his car in the clinic's parking lot when a man yelled "Don't kill any more babies!" and shot Gunn three times in the back. Rescue America, the group in charge of that day's protest, didn't show much in the way of regret, according to History.com. "While Gunn's death is unfortunate, it's also true that quite a number of babies' lives will be saved," national director Don Treshman said after the slaying.” (via Broward-Palm Beach New Times)

YOU MAY BE RIGHTEOUSLY OUTRAGED BY ALL OF THIS, BUT DON’T DO ANYTHING CRIMINAL. YOU’LL ONLY MAKE A BAIL BONDSMAN RICH. WHO LET THE DOG OUT?: “The largest annual gathering of bail bondsmen in the country—the convention of the Professional Bail Agents of the United States, or PBUS—was slotted between Dunkin' Donuts and Elk Camp 2013 at the Mirage Resort and Casino, a tall, shiny structure shaped like an open book and set against replicas of the Colosseum and Eiffel Tower on Las Vegas' Strip. The sidewalk out front was littered with cards bearing phone numbers and pictures of naked women. In the courtyard, flames licked the late-winter air to the rhythm of a tribal drum every hour, on the hour. A sign at the entrance announced that the casino's dolphin just had a baby and we would be able to see it soon. As I walked through the smoky slots area I saw a man with a PBUS lanyard doing an extremely forced I'm-having-fun dance with his assistant while a casino employee showed them how to play the one-armed bandit. It was a bit of a letdown from what I'd been anticipating—all-night blackjack sessions with bondsmen and bounty hunters telling tales from the street over stiff drinks. I'd even grown a mustache for the event, thinking it would help me blend in a little—bondsmen have mustaches, don't they? Not really, I discovered when I arrived at the welcome reception. "So how do you like the industry?" I asked a clean-shaven man in a shiny gray suit who looked to be about 30. "I like it," he said buoyantly, taking a sip of his beer. "Sometimes you get real lucky." He told me about the first bond he ever wrote in the cheerful, blow-by-blow manner of a poker player recounting a winning hand. A college student went out drinking and crashed his car into a fence, he explained. "So him and a girlfriend both get kinda messed up." He beamed. I was confused—was I to realize that this was a boon? He quickly explained that normally, bail for a DUI was $5,000, but since it involved an injury, the amount automatically jumped to $100,000. When he told the driver's mom she would have to pay him a $10,000 fee to get her son out of jail, she said, "No problem. Here's my credit card number." He smiled and took a sip from his beer, nodding happily. "I couldn't believe it." The business model is pretty straightforward. Say you get arrested for drug possession and wind up in jail. Shortly afterward you appear before a judge who decides whether to let you out before your trial (only people charged with the most heinous crimes are denied bail altogether) and, if so, what collateral it will take to make sure you don't bolt. For drug possession, let's say the judge sets bail at $30,000. If you have that kind of money, you can give it to the court and get it back when you show up for trial. If you fail to appear, you lose it. If you don't have that much cash, you have two choices: sit in jail and wait for your trial, or hire a bail bondsman. To the bondsman you pay a nonrefundable fee—usually 10 percent of the bail—and he promises the court that you will show up for trial. If you don't, he will owe the court $30,000.” (via Mother Jones)

Bloggytown Planned Parenthood Citizens United Income inequality Was Not Was