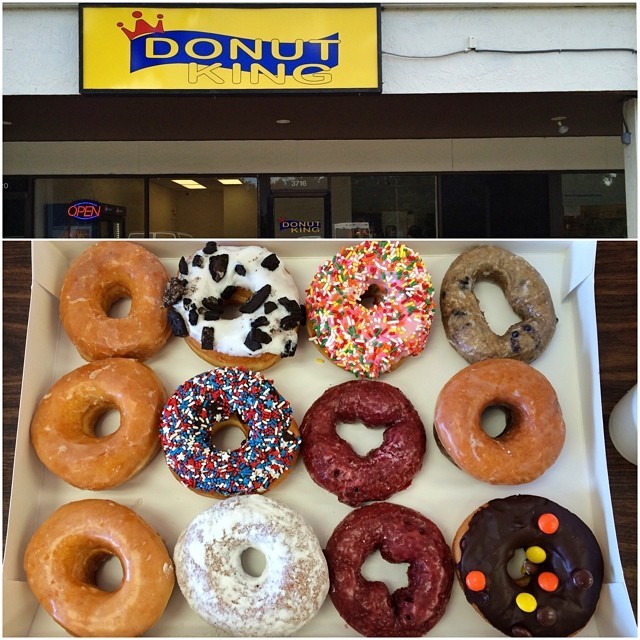 Well, we've got bad news and we've got good news. Bad news first: You're gonna be gaining some weight. The good news? The weight will all be related to the perfect, delicious, pillowy donuts of Donut King, because they just opened a Winter Park location! A longtime road-trip favorite, the original Minneola location is the local king of donuts, and not just because that's what they named themselves. The donuts are always super-fresh and the options are seemingly endless, ranging from the standard filled donut covered in sprinkles to next-level donuts covered in candy ... including Nerds.

Now you won't have to make an excuse to drive to Clermont (like we did) to "since we're in the neighborhood" stop by and get a dozen donuts to take home. Instead,  you can take an extended drive home and swing by the legendary donut shop, and just pick up one or two donuts to tide you over until dinner. Every. Single. Day. Seriously, though, their maple bacon donut is almost like dinner on its own. Then you can finish things off with a legendary red velvet donut. And a gym membership.

The new shop, located at 3716 Howell Branch Road, will be open daily from 5 a.m.-8 p.m. No word if they plan to go 24 hours in the future (like their original Minneola drive-through). The variety will be similar to that at the Minneola location and just as fresh, since the donuts will be baked in-house. And, if you're fans of the King for more than just donuts, we're happy to report that the Winter Park location will be serving the famous Castle Burger as well.