VOD Review: Coco and Lukas Moodysson's punk rock coming of age tale, We Are the Best! 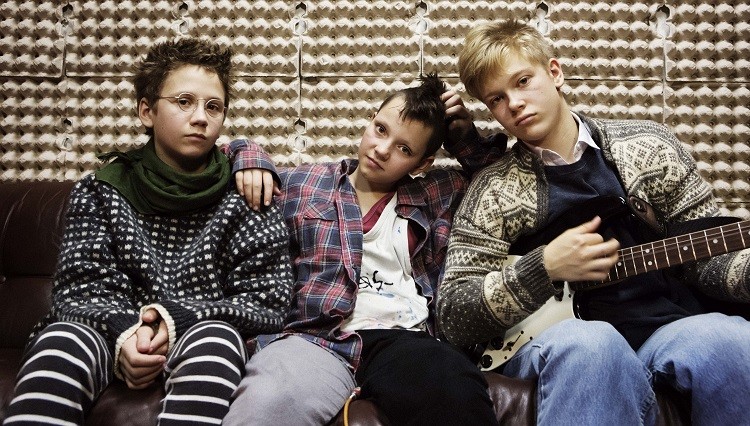 Based on a comic book by Coco Moodysson, We Are the Best reminds me of this famous old punk flyer -- here are three chords, now start a band.

The girls in this film, Bobo and Klara (Mira Barkhammar and Mira Grosin), a couple of seventh grade punks living in Stockholm in the early 80s, don't even know the three chords when they start their band on a whim to get one over on a group of metalheads who torment them on a daily basis, calling them ugly and dykes.

They learn to piece it together and make a good, loud racket once they enlist fellow classmate and misfit Hedvig (Liv LeMoyne) after she is mercilessly booed during a school talent show for playing classical guitar in the time of ABBA.

Punk is dead, they're constantly reminded, and worse (!), they're girls.

Struggling against the idea that young girls in a punk band are a novelty act (a girl band), cute to look at but not much else is as much at the core of the film as friendship. It's that sense that makes the whole "aww, adorable" critical reaction to the film a burden. To watch even part of the film is to know that Bobo, Klara and Hedvig would roll their eyes and make vomit faces at the idea that they're aww, adorable.

It'll be fun to have a girl band, one of the clueless counselors says when they're invited to play a Christmas concert. Roll eyes.

Look at Bobo, she cut her own hair. Roll eyes. 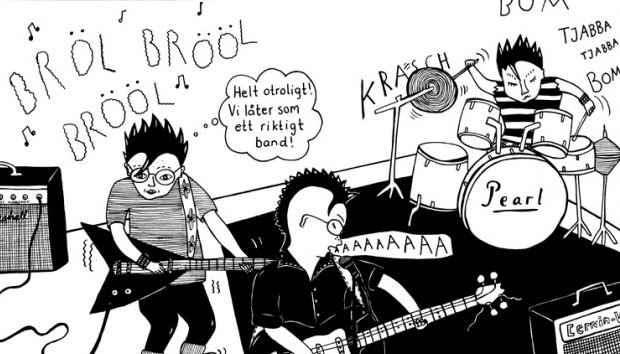 The energy you dive into things when you reach your teenage years, when you're this new person in your own eyes, but the same old person in everyone else's eyes, will always be fascinating to me. It's hard to watch the awkwardness at times, especially dealing with parents who can't accept the new person they see, but that's the stuff that binds all of us together, misfit or not, punk or not.

As much as the film shows off a return to form for Moodysson -- who hasn't made a film this good since his first, Fucking Åmål (aka Show Me Love) -- it's the killer chemistry between Miras Barkhammar and Grosin that make the film jump off of the screen and dive into your soul.

We Are the Best! is available on iTunes, Playstation and Google Play, and is supposed to be on inDemand but I don't see it yet.

Moodysson's Show Me Love is also available to stream on Netflix.

The Gist VOD Lukas Moodysson Coco Moodysson We are the Best! punk rock