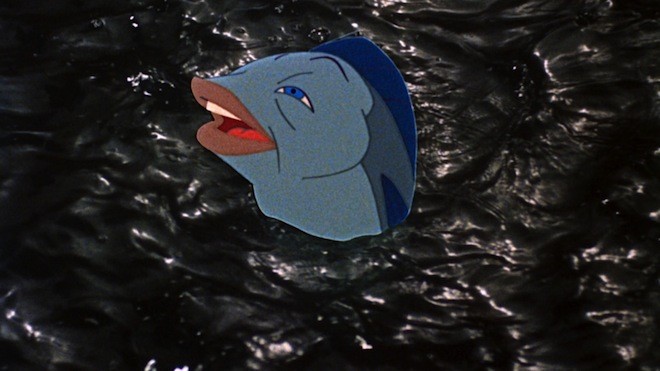 Actual photograph of a fish recognizing a name brand lure.

A gaggle of researchers in the University of Florida's Fisheries and Aquatic Sciences program have found "strong evidence" that bass are capable of recognizing and avoiding certain fishing lures that have previously ensnared them. The team spent four weeks at Devil's Hole Lake just outside Gainesville, catching, tagging and releasing some 260 bass to determine if there was any truth behind the old fisherman's tale that their prey are sharp enough not to get hooked by the same lure twice.

“We don’t know what [the bass's] behavior was exactly, but we know there was an impact,” spokesperson Nick Cole said of the study, noting the marked decline in his team's amount of recaptures. “We were able to show very different rates in how vulnerability was changing and different catch rates between the lures."

Cole's study utilized two different kinds of lures: a "loud and flashy" chrome-and-black Rat-L-Trap and a less assuming plum-and-emerald-flake Gary Yamamoto Senko. It is unknown if any of the team wore articles of clothing suggesting the work week be reduced in length to accommodate recreational angling or how many "master baiter" jokes were cracked during the four weeks at Devil's Hole Lake.

Let this be a lesson to all you youngsters out there: one day you too can go to college and major in fishing.