Regular readers of This Little Underground should already be familiar with Orlando country-rocker Jackson Rodgers, but his profile remains disproportionately low relative to his considerable talent. Regardless, Rodgers is an artist you should know. You should know him first for his music, which is deep in tune and soul. But while he waits for more of you to catch on, he’s added “impresario of emerging talent” to his credentials by presenting New Faces at Will’s Pub, a free showcase that debuted last night (July 7) of area musicians who’ve mostly never played the venue in their current form.

If curated judiciously, a showcase like this could be both a great stage for listeners to get in on some undiscovered talent and a precious shot for artists to audition. After seeing the inaugural class of New Faces, Rodgers is looking like a scout trustworthy enough to elevate this concept above a basic open mic and make an expo of unknowns stand among a calendar of notables.

Of the several acts I caught, the best was the solo performance by Henry Toland of DeLand band Passing Afternoons. Woven by the interplay of a light, limber voice and rich guitar, his modern indie-folk sound isn’t afraid of space and understands that a room can be filled with atmosphere instead of volume or busy filigree. That, of course, takes taste and skill to pull off. Fortunately, he has both.

In addition to hosting the event, Rodgers also anchored it by playing short sets to intro each act throughout the night with his usual accompanist, his father Forest – a touch that added face and format to the proceedings and, most importantly, a baseline of quality. There are no set plans for another edition of New Faces yet. But it’s a valuable scene-building idea worth a future.

Besides credit for a well-executed concept, congratulations are also in order for Rodgers, who flew out butt-crack early this morning to attend Steve Earle’s Camp Copperhead songwriting workshop up in the Catskills on an all-expenses-paid scholarship. 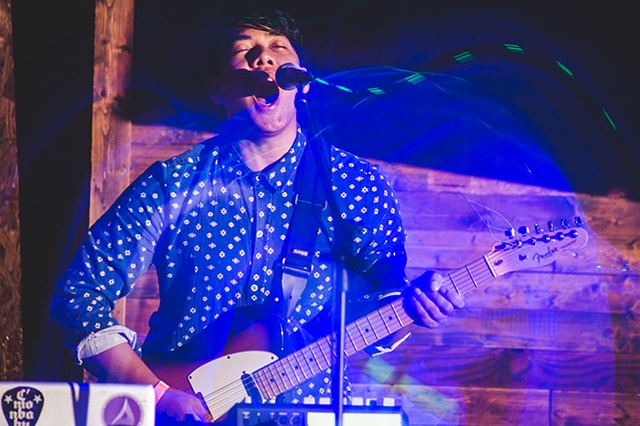 Forecast on Relief in Abstract