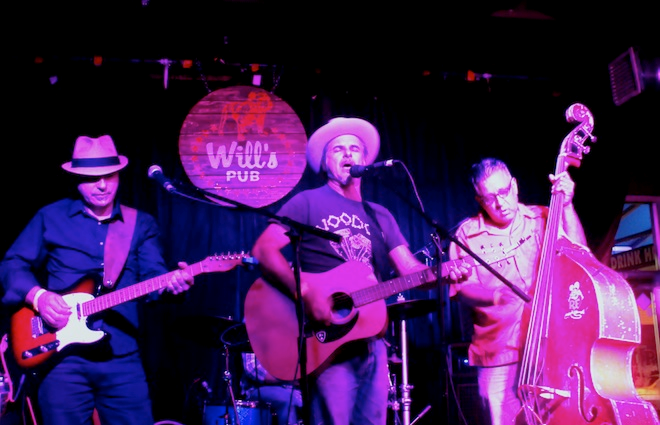 It's a good week for showcases of the roots persuasion, and it’s especially nice to see that Will’s Pub’s Classic Country Covers night has indeed returned (July 9). The debut in April was a good time and even if this thing winds up on the every-so-often cycle, I’m glad to see it take the first big step toward becoming a series. Though the city’s twang scene is currently in a bit of an ebb, there’s a good amount of latent talent and fan base around here. And by giving a stage and summons to both, it could prove to be a nice little shot in the arm to our music landscape. The notable spike in attendance at this follow-up edition attests to that. 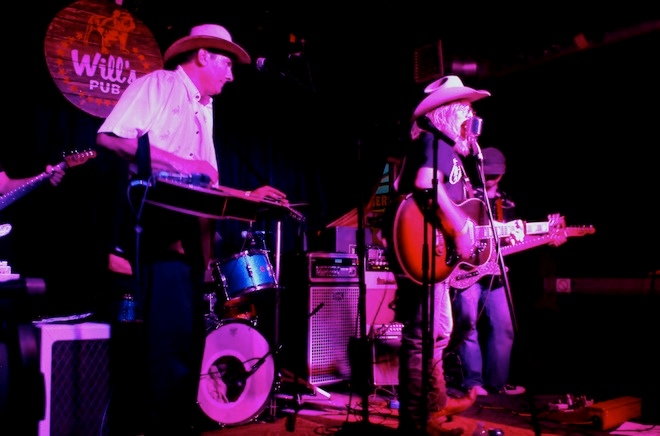 Giddy Up Go at Will's Pub (photo by Ashley Belanger)

Although still helmed by Brian Chodorcoff with some returning players (Johnny Knuckles, Wheeler Newman, Forest Rodgers, among others), this edition reloaded with a different, fuller cast. The sprawling, woven roster was bigger than I could keep up with but I was able to place Thomas Wynn, Gary “Doc” Hibbard, Oak Hill Drifters, Marc Hannah (Skinny McGee & His Mayhem Makers), Nadeem Khan and Jeff Hindman (Giddy Up Go), also known as DJ White Lightning (Pickin’ Grinnin’ & Sinnin’ on WPRK 91.5 FM). With a fluid, open format that yielded lots of collaboration and full ad hoc bands, the night was essentially an all-star scramble with all the spark and spirit that implies. It’s like a little slice of Austin right on Mills Avenue and a reminder that there’s nothing like a good pair of cowboy boots, so look out for the next one.

PUP bites back at OW