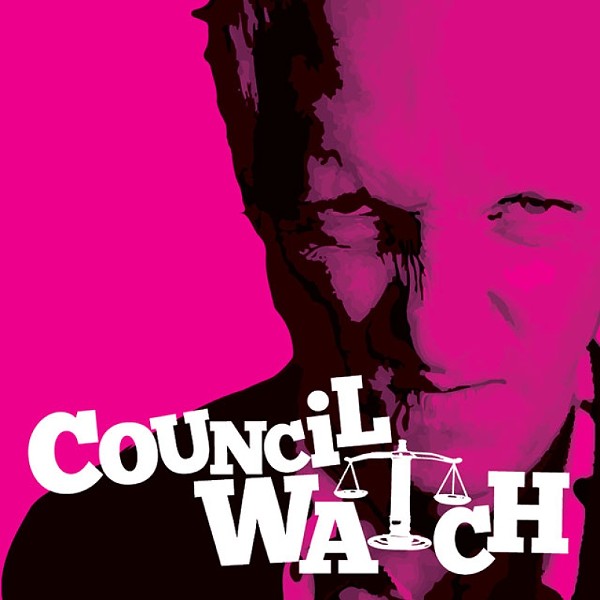 YOU GUYS! It's an "other" Monday that somehow arbitrarily has made itself a special Monday – City Council meetings are fickle about the every-other-week-ed-ness of their intentions – so that means that at 2 p.m., you should come on back to this space and get your "refresh" finger ready. Wait, do you have a "refresh" finger, because that sounds kind of gross? We'll be liveblogging this week's seemingly inauspicious agenda-brought-to-life, and we'll be secretly hoping that our favorite city staffers are reading along while we chide them. This week's agenda boasts a donation from the Broadway series (which once SAVED THE EOLA FOUNTAIN), some furniture for DPAC, a domestic violence grant, A PERMIT FOR "PRAYER PARTY 2014!!!!!!!!!1111!!11!!!," and some sidewalk talk. See you at 2 p.m., Jellybean?

2:07 p.m.: After some technical difficulties – ahem – we're in full swing now. Fairwinds Broadway Series is talking about "partnerships" and "common goals," basically because Florida Theatrical is about to give a $316k check to the city!!!! (Our friend Ron Legler of FTA and DPAC transplantation fame is allegedly "watching on the World Wide Web." HEY RON!) OMG, THAT CHECK IS BIG. Everyone is saying "Hi" to Ron. Life is absurd.

2:10 p.m.: Speaking of arts and twinkling toes, Orlando Ballet's school is getting the next honor, as is A Gift for Music. The new ballet guy is here, and he introduced himself as a "five-week resident" of Orlando. He has a southern accent. He is not, however, terribly exciting in his leisurely delivery. You know what is exciting? The show Southern Charm.

2:16 p.m.: Nobody freak out you guys. We're just moving through A Gift for Music now; that organization is now a finalist in the "nation's highest honor" for youth music programs. This guy who is talking is MUCH more excited, probably because he's gonna meet Michelle Obama if the group wins. Oh, and there are a bunch of students in the audience, so maybe he's excited for them, too. They are both "at-risk" and "creative," so that's pretty awesome. CONGRATULATIONS ALL AROUND!

2: 20 p.m.: RON LEGLER JUST GOT NAMEDROPPED AGAIN.  Anyway, time for the MAYOR'S UPDATE. Starting July 19, Orange Avenue will be closed, which is "exciting," says the mayor. Other words for closing Orange Avenue at Anderson and South: tedious, annoying, dangerous, dumb. The mayor is encouraging "alternative" plans you might need to make. Otherwise, South Orlando is just going to become its own country.

2:22 p.m.: The mayor WILL NOT be talking to you about what he had for breakfast, he says. You know who will? Sam Ings will, later. As might Regina Hill. It's the yawning curve at the end of the dais.

2:23 p.m.: There has just been a warm-breath breeze about pedestrian improvements. OH, and now it's time for Tony Ortiz's mustache. He has a lot to say, "But I'll be quick!" He's not being quick. Meanwhile, RON LEGLER just texted us to tell us to stop talking about him.

2:27 p.m.: Robert Stuart is talking about a "wonderful touch." JUST SAYING. Actually, he's talking about the fireworks displays at Eola and Baldwin Park. YAWN. National Night Out is something you should be concerned about, because it's the best potluck dating paranoia society you could ever imagine. Seriously. Robert Stuart loves Bastille Day because he's French, but not really. He just eats cake. Stuart is going to be approving the "Princeton Project," which is something Stuart has been "very impressed" with. Just wish he would elaborate a little.

2:30 p.m.: Patty Sheehan just made a joke about UCF graduates being able to count to 10. ALSO, she used to be an "agriculture executive." ALSO, that DPAC furniture is apparently coming from a local company, and "we often forget about local business." ALSO, WE'RE GETTING A NEW SOUNDBOARD FOR THE LAKE EOLA PARK THING. That is all.

2:33 p.m.: Regina Hill does "realize that everyone in her district isn't going to college," so she's excited about partnerships with culinary businesses that aren't McDonald's, we presume. Hill has been making news with her "100-day plan," which is a plan for 100 days, and she just said that it's not really that big a deal at all because most of it is already happening. Phew on that! She's been meeting with a bunch of people, including Sen. Geraldine Thompson and folks from Orlando Health. Stay healthy! Hill is also taking kids to Sunday dinners a couple times a month. SOME KIDS HAVE NEVER GONE TO RESTAURANTS. We kinda like Hill. She only had to spend $70 bucks from her district budget to feed a bunch of kids. "I'M JUST BLESSED TO BE HERE..." Preach.

2:37 p.m.: Oh, shit. Sam Ings is talking. Something was just said about the Orlando Predators, but we'd rather be caught by a predator right now.

2:39 p.m.: Lots of talk about the civil rights event held in the last week or so. "Our fight for civil rights is far from over," says Ings. BUT HE'S CLEARLY NOT REFERENCING THE GAYS. Oh, also, National Night Out kickoff event in District 6 imminent. Get excited now. The daughter of Ray Charles might be there? How does that happen?

2:41 p.m.: Jim Gray is EVEN QUICKER. Just bragged for a second and made a "motion" to approve the agenda. "ANYBODY WANT TO LEAVE NOW?" DYER JUST ASKED. Yes!

2:43 p.m.: WE'RE ON TO ORDINANCES, of which there are none that are terribly interesting. We have a medical planned development about which nobody wants to talk or opine. Another ordinance for land over by Kirkman and the Turnpike. Nobody cares. Now an ordinance, also about the Kirkman site... IS NOBODY GOING TO MENTION THAT THIS IS FOR AN INDOOR GUN RANGE? BECAUSE YOU CAN "SHOOT" YOURSELF "STRAIGHT" IN THE HEAD THERE!

2:46 p.m.: IT'S ALL OVER ALREADY. THANKS FOR PLAYING! Consider this brevity a gift from the heavens. You're about to get more gifts from there if that thunder means anything. Good day, citizens!