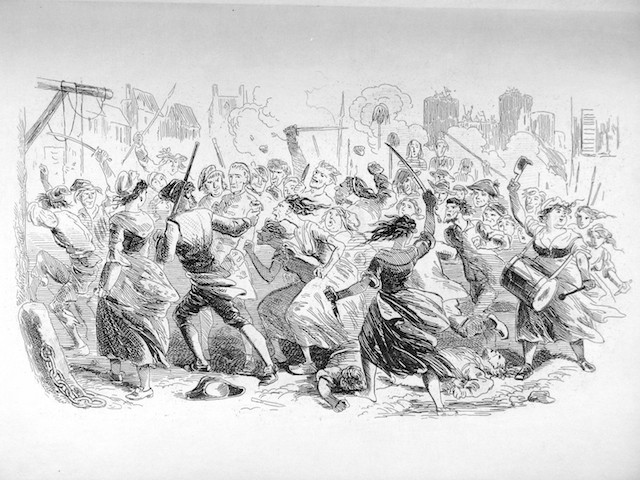 This is probably not the kind of flash mob they have in mind.
via

"What the Dickens?," Orlando's year-long celebration of Charles Dickens' 202nd birthday, is still going strong. Residents can catch free Dickens film screenings and readings at the downtown public library and compete in Dickens-related trivia the first Tuesday of every month at Stardust Video and Coffee. And this week, the organizers have announced a way for the entire world to get in on the 19th century action ... and win $5,000 in the process.

"What the Dickens?" is asking performers to create their best Dickens-inspired flash mob and upload it to YouTube. They are looking for surprise public performances of music from one of the many musicals based on Dickens famous works. Sure, there will be the non-surprising standards from Olivier! like "Food, Glorious Food!" and "You've Got to Pick a Pocket or Two," but we'd love to see people get a little more creative.

What if our local politicians got together and belted out "If I Ruled the World" from Pickwick? Or a group of older ladies decked out in wedding gowns sang "Besame Mucho" from Alfonso Cuarón's 1998 version of Great Expectations at the top of their lungs? This may be a bit of a stretch, but our dream Dickens flash mob would have to include "Put a Little Love in Your Heart" from  Scrooged.

The videos, due on December 5, will be judged on performance quality, audience surprise, visual impact and use of space by representatives from the Orlando Philharmonic Orchestra, Orlando Ballet, Mad Cow Theatre and Orlando Shakespeare Theater. Interested in entering? Get all the details here.