The Purge: Anarchy to be a scare zone at Universal's Halloween Horror Nights 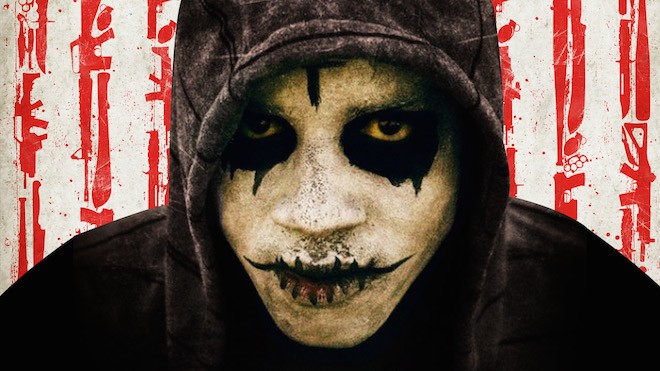 Last week, we told you that From Dusk Till Dawn would be joining the mayhem at this year's Halloween Horror Nights. This week, Universal announced another property joining the terror: The Purge. This series of horror (and super-super suspense) movies explore what happens when all crime is legalized once a year for 12 hours.

Instead of locking visitors in a locked-tight house a la the first movie, Universal's choosing to frighten them Purge-style with a scare zone that takes place on the streets immortalized in the sequel. Masked villains will stalk guests in the New York backlot section of the park, bringing to life the chaos and panic that takes place where there are absolutely no rules to be followed.

"The chaos that reigns in the film will be replicated nightly, but now our guests can actually attempt to survive the night themselves," said Michael Aiello, Director of Entertainment – Creative Development, Universal Orlando Resort. "The familiar emergency broadcast will be heard announcing the commencement of the annual Purge, and all hell will literally break loose."

So far, only one other scare zone has been announced for the annual fright fest: a street experience based on the most macabre and terrifying creations contestants from Syfy's Face Off could imagine. All the Halloween Horror Nights fun (or scardey-cat-ness) begins on September 19.

There's no preview for The Purge scare zone, but this movie trailer should give you an idea of the madness guests will be in for at the event: