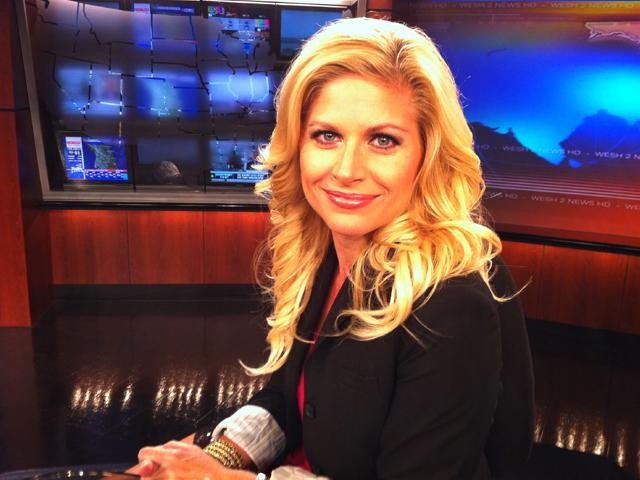 "As a loyal viewer of WESH 2 News, we want you to know that Martha Sugalski is leaving the station. Martha has been an important member of the WESH News Team. While we made every effort to keep her at the station, she ultimately decided to move in a different direction, and we thank her for her contributions during the past eight years. Over the last few years, WESH has grown news viewers in virtually every newscast. We thank you for your support."

Currently on vacation, Sugalski's final day on air at WESH was last Thursday. Her personal story endeared her to viewers last January, when she announced that she was pregnant with triplets. She gave birth in June of last year and was back at the anchor desk within three months. If following semi-famous triplets is your thing, you can keep up with their antics on Twitter.

There has been no official word on where Sugalski will be telling us the news next. There are rumors that she would be moving to WFTV-Channel 9, but neither Sugalski or the station have commented on them.