You Blew It! got robbed; here's how you can help 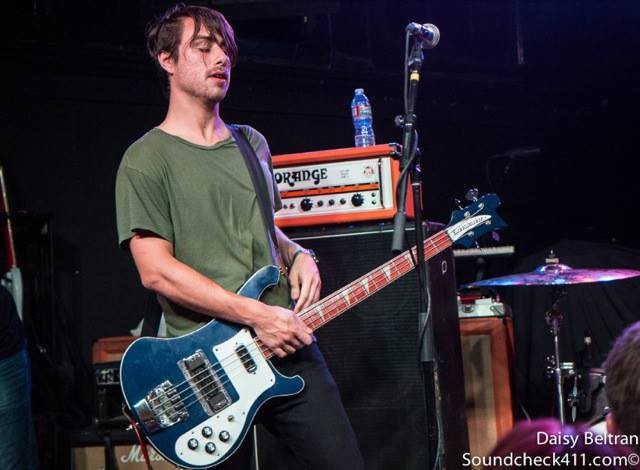 This week in The World Is Really Unfair news, local band You Blew It! got robbed in San Antonio. The thieves made off with gear, electronics, personal items and necessary stuff like passports, basically everything but the shirts off their backs. While you can tell the band feels uncomfortable asking for help, their record company is donating all the profits from the band's record sales on Bandcamp to help the band recover, so if you have been meaning to pick up any of their albums (which you should anyway, cuz these guys rule), now would be a meaningful time to do it. A similar situation is happening at MerchNow, where you can buy You Blew It! shirts with processing fees waived for the band so they can work toward recovering lost items.

You can also PayPal donations to the band at [email protected] Expect to see rare items appear in the store, too, for extra reasons to contribute to this cause.

Here's the message directly from You Blew It's Facebook, as well as photos of the missing gear:

Yesterday something awful happened. Our van was robbed as it sat in a heavily trafficked parking lot in the middle of a hot, bright, San Antonio day. The lock on our rear passenger door was pried open, and our gear and personal items tossed into a Grey Chevy Suburban that drove away only minutes before we discovered that the following items were missing:

We feel confused, violated, and absolutely defeated. We're crossing our fingers that something will turn up and our gear (and my retainers) will be returned, but we know how unlikely that is. Regardless, whether it's a matter of pride or principle, the last thing we want to do is ask for help, but none of us really know what else to do.

If you feel so inclined, we will be accepting donations through PayPal ([email protected]).

If you feel odd donating, we have some shirts for sale on our merch store. The kind people at MerchNOW will be running a "sale" of sorts where they will be waiving the typical processing fees that usually come out of what the band sees and donating it to us which is very awesome and very generous.

If clothing isn't your thing, you can purchase ANY of our records via BandCamp with all proceeds being donated directly to the band by our lovely label, Topshelf Records. They will also be posting some rare items for sale in the next few days so keep an eye out for that.

By no means do we feel entitled to your assistance, but I can say that absolutely anything helps. We're not the only band that feels that way, either. Have Mercy and Empire! Empire! (I Was A Lonely Estate) just suffered similar pitfalls, and I'm sure they too would be very grateful for anything you could spare.

Most importantly, though, I want to issue a very heartfelt "thank you" for everyone's support since the robbery. My retainers are gone, so I can't speak for it's attractiveness, but I'm still smiling. We all are.

Here are some photos of the gear that was stolen, either in the foreground or background. If you see anything listed on the internet, please come forward. In addition, photos of the van door they broke into and the location of the robbery.