Orlando is one of the happiest big cities in America 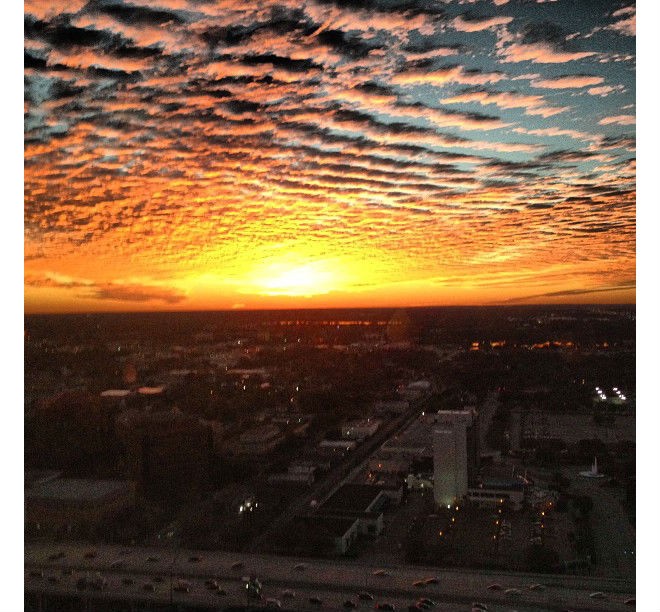 As reported by Slate, economists Edward Glaeser and Oren Ziv of Harvard and Joshua Gottlieb of the University of British Columbia used data from an annual survey conducted by the Centers for Disease Control and Prevention to determine which of the big cities were the most unhappy. Of course, this also revealed which cities were the happiest (by comparison), and guess what, Orlando? We're No. 9!

Since 2005, the CDC survey, titled "Behavioral Risk Factor Surveillance System," has asked, "In general, how satisfied are you with your life?". Participants are given options ("very satisfied," "satisfied," "dissatisfied," or "very dissatisfied") with no way to expound on their answer. Most Americans answered that they were "very satisfied" or "satisfied" with their life. These responses were used to compile a raw happiness score.

It was no big surprise to anyone who's met a New Yorker to find out that, using this score, New Yorkers are the unhappiest metro residents in the United States. So the next time you meet a New Yorker who won't shut up about how great New York is, go ahead and give them a hug. They're crying on the inside. The economists then added demographics and income data into the raw happiness score to see if there were any big discrepancies. New York still took the unhappiest spot, and good 'ol Orlando bounced up into the top 10 happiest cities in the country.

Orlando landed at No. 9 on the adjusted list (on the raw happiness ranking we came in at No. 14), sharing the Florida happiness spotlight with West Palm Beach (No. 7) and Jacksonville (No. 4). According to the adjusted stats, the happiest city in the country is Nashville, Tennessee, followed by two Virginia cities, Virginia Beach and Richmond. In fact, the Southeast clinched the entire top ten. Suck it, Yankees!

It seems kinda odd that Florida can be home to one of the happiest cities in America while also being ranked the scariest state in the country, but any roller-coaster fan can tell you that just because you're screaming doesn't mean you're not having fun.