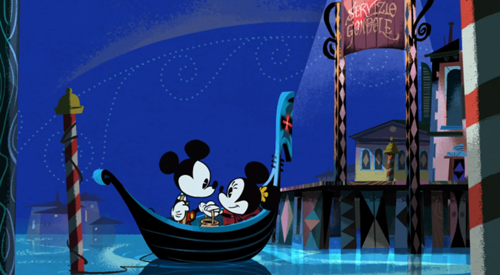 The retro-looking animated shorts began airing on the Disney Channel in 2013 with "No Service," in which Mickey Mouse and Donald Duck attempt to get served at a restaurant. They're unsuccessful because Mickey's not wearing a shirt and Donald, well, he's not wearing any pants. The lengths they go through to get some eats is laugh-out-loud funny.

The series has been renewed for a third season and we look forward to Mickey's further adventures ... and possible Emmy wins.