After this many years on the beat, I’ve learned is that our city’s music history is deeper than the knowledge of even its most informed followers and that discovery can happen backward as well as forward. I was around when Obliterati was active in the late ‘90s, but I was young and into other things and other alleys of the local underground scene. But as a reanimated piece of Orlando history with their first show in 15 years, the buzz surrounding their reunion (Aug. 17, Will’s Pub) registered pretty big on the local Richter scale.

Between insider intel and the things drummer Nadeem Khan told me (that they played and recorded with the Silver Apples’ Simeon as well as released on his label), Obliterati is clearly a pretty big deal in Orlando’s art-rock canon. But that basic and vague idea was really the only thing I knew of them walking in. And from most accounts both written and verbal, live was really supposed to be where their truth was, so that’s where I went to meet it.

This seven-piece avant-garde motion machine gives no detectable shit about abiding any convenient stylistic boxes. With a rock arrangement edged by keys, strings and sax, their sound is stitched with wild hairs of free jazz, freak gypsy and other strands that, on paper, seem disparate. But with the anchoring pulse of a reliable groove, the unifying force is the urge to move. At its core, this is free dance music that’s organic, pre-electronic and left-field. And it was delivered with lots of energy. I don’t know what Obliterati sounded like back in the day, but they sounded good this night. Music has moved a good ways since they hung it up, but their spirit of experimentation endures. 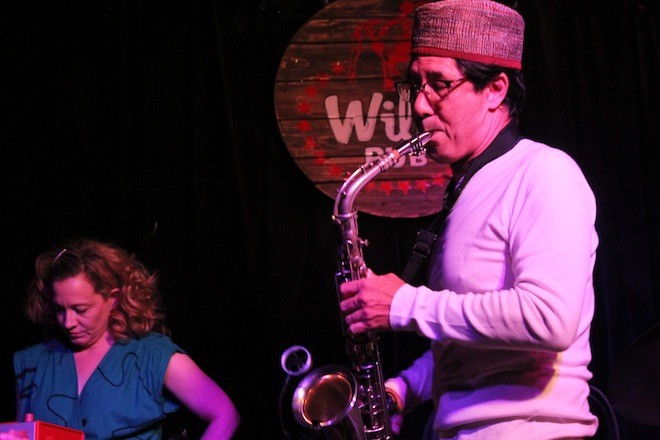 Opening was Billy Taylor’s Horses on the Moon, a one-man project by a former member of experimental Athens group Melted Men. As highly conceptual work, noise projects are often interesting but not always intelligible. This was that rare beast that was both. Employing tape players, gadgets and novel trickery using simple electronic devices but no computers, his performance was very active and live. The only thing up there that was smart was the artist. And for the ears, the most important thing about his performance was what it wasn’t: an unpunctuated racket. Instead, it was primitive, post-apocalyptic rhythm music with an absurdist sense of humor. 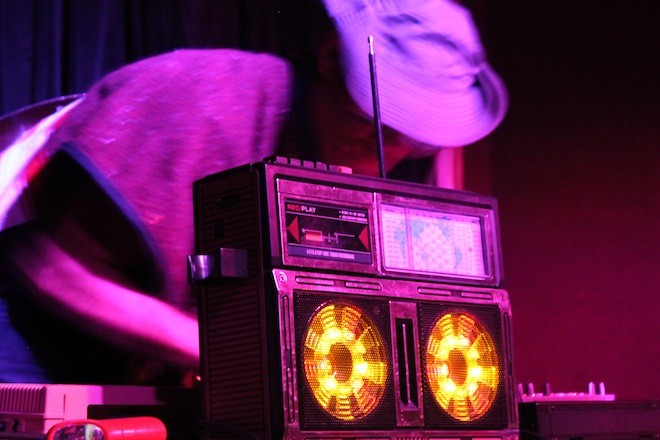 They’re not frequent but I love that these history-lesson events happen in this city. Even better, I love that they happen in different and interesting genres as well. Collectively, they show the depth of Orlando’s heritage and reveal the longevity of our creative spirit (something that will surprise many of you). Tune in and they connect our past, current and future. I just wish there was more interest from the younger classes. It would make our scene deeper and more continuous.