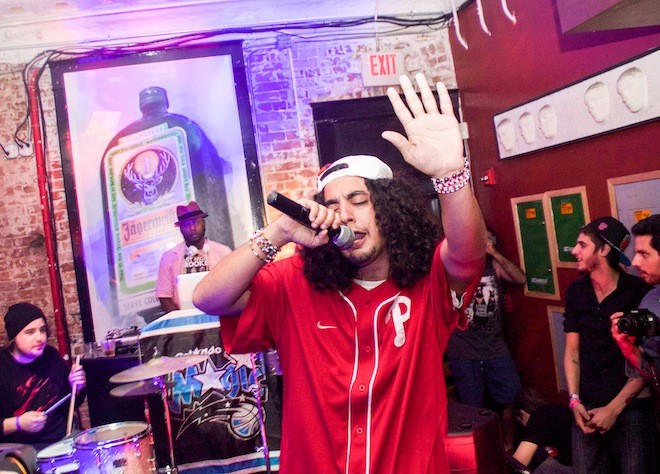 If you're still sleeping on Niko Is - the Orlando rapper (and Brazilian transplant) recently signed to Talib Kweli's label, Javotti Media, to release his upcoming LP, Brutus - you better wake up in time to catch his free pop-up show tomorrow night 9 p.m. Tuesday, Aug. 26, at Reilly's Pub (5681 Vineland Road). He seems to have really hit his flow, dropping a new track later today and with more music in the works to rapidfire us with new tracks with a quicker shot than his supposed N64 Goldeneye video-game skills he's boasting about on Facebook. (Challenge him there if you dare, if not at the mic!)

All are welcome to bring instruments and join the jam, which also features Jayo and Palmer Reed. Niko Is has teased he might drop a 10-minute freestyle that could go something like this:

Check out his mixtape, Good Blood, that he released earlier this year: