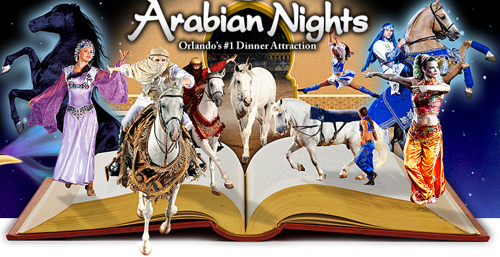 It's been nearly nine months since the Arabian Nights dinner theater on 192 shut down, ending 25 years of equestrian entertainment. After the final performance on New Year's Day 2014, the cast and crew were left unemployed, and the attraction's trained horses were sold off (and hopefully not sent to live on that euphemistic "farm in the country"). But did you ever wonder what happened to the theater itself? Thanks to this new video by urban explorer Adam the Woo, we now know -- the abandoned Arabian Nights has become a creepy ghost town that could make a great setting for the next Blair Witch film.

Check out Adam's travelogue as he explores the abandoned Arabian Nights facility, and finds that the lights are somehow still on, even though no one is home. See empty horse stalls, forsaken backstage facilities

and curtains! As always, this video is presented for entertainment purposes only -- don't try this yourselves, kids.