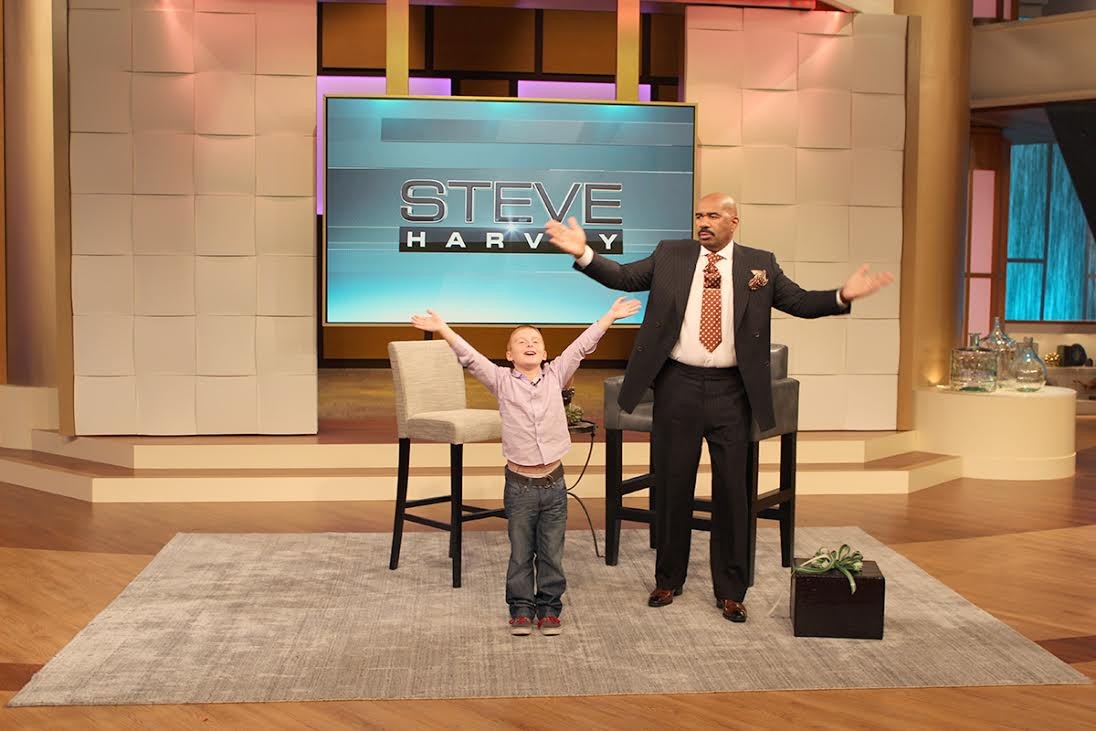 On Steve Harvey this morning, 9-year-old James from Orlando recounted the tale of the day he was just swimming in a lake with his friends and found himself face to face with a 400 pound, nine-foot alligator. Amazingly, James survived the attack, suffering three bites, 30 puncture wounds, leaving him with scars on his back, neck, chest and stomach.

He was also left with a souvenir from the attacker (an alligator tooth that he hopes to turn into a necklace). On the show, he tells Harvey that if his friends ever come across the gator (who has not yet been caught) they should just "throw something at it or shoot it in the back of the neck."

Just on the off-chance that you missed the episode this morning, below you can catch James' entire segment:

We can't help but think that the interview would have been more entertaining had Kenan Thompson's version of Steve Harvey conducted it: