Watch Super Mario Bros. for FREE at the Enzian 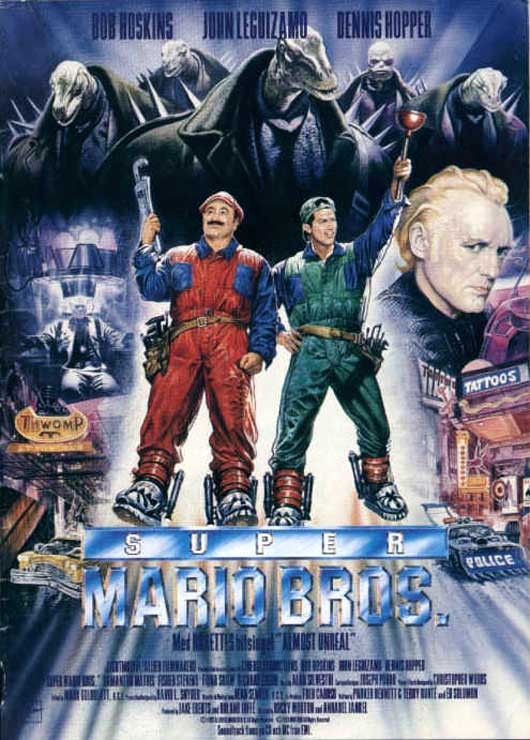 What do you get when you cast Bob Hoskins and John Leguizamo as heroes against Dennis Hopper's villain in a movie based on an iconic video game? A film that's rated an impressive(ly bad) 16 percent on Rotten Tomatoes. A film that was widely recognized as a critical and financial failure. And even more importantly, a film that's pretty damn fun to watch while a little tipsy.

It's the tipsy part that makes Super Mario Bros. an ideal choice for this week's Wednesday Night Pitcher Show (and Garbage Night Pitcher Show, the Enzian's tribute to famously bad movies) at the Enzian. Roll out your blanket, grab some drinks at Eden Bar and root for the Italian plumber brothers as they try to save Princess Daisy from the evil King Koopa. Wonder at the parents who named their son "Mario Mario." Be amazed at the 1980s special effects, especially the impressive-for-its-time Yoshi puppet.

Show up a bit early to play Jello-shot trivia, and before you arrive, be sure to watch the preview for this terribly awesome bit of cinema: