Space is a tricky thing. It's seemingly infinite and when challenged with the task of designing a game within it, you have to find a way to create that seemingly infinite experience without over-encumbering the player. When developer Bungie began the Halo series, they decided to keep with a linear story and an engaging multiplayer combat experience. The formula seemed to work for them, considering the many Halo sequels and a franchise that will continue long after they've passed the series to 343 Studios.

Destiny, the newest (and insanely-hyped) effort from this powerhouse studio approaches the similar formula from different angles and with a new coat of paint. This time, it's rooted in somewhat of a gun-based massive multiplayer online experience, all with the motivation to power up your warrior for player-versus-player action and their version of raids. While some risks come off a little undercooked, there's no denying Bungie's affinity for mashing up a bunch of concepts from other games and somehow presenting them in a fresh, digestible way.

From sprawling intergalactic mountain ranges to the last remaining cities of the human race, the end times have never looked so good. The selectable races/classes are all very different and spells erupt particles like nobody's business. I played my version on the PlayStation 4, and Destiny does a great job of showcasing the system's power. It's amazing what a good handful of high-resolution textures and a butter-smooth frame rate can do.

There's no denying that a main central focus for Destiny revolves around your ability to play well with others. Whether raiding a series of caves, taking down a giant boss or playing a round of team deathmatch, if you aren't busy protecting your allies and reviving them when they fall, you're playing it wrong. Unfortunately, the lack of proximity-based voice chat really tarnishes the experience. Unless you're specifically in a party with other Guardians, the game just feels like you're running around with a bunch of mute people. It kind of bogs down the sense of immersion when the most you can do is bow, wave and dance in front of people like an idiot.

Don't get me wrong, it seems like Bungie really put in the extra effort to create a world rich with lore and a backstory. The thing is, they do an absolutely terrible job at relaying that lore to the player. Instead, they assume that the user will take time out of their day to read "grimoire cards" collected throughout their journey that expand the world around you and give you some insight into otherwise completely underdeveloped characters. For those of you who just came to shoot things, expect to read a novel's worth of content in order to (sort of?) understand why anybody's doing what they're doing. For a game with such a huge budget, it blows my mind that Bungie wouldn't go out of their way to hire a professional writer for a project with so much on the line. By the time I reached the end of the story, I was assuming that it was only the end of chapter one and looking forward to seeing where the story expanded from there – no dice. Maybe things will expand within DLC or expansion packs, but not having a complete-feeling narrative in what should be the final product is incredibly disappointing.

All issues with the narrative aside, Bungie once again succeeds in doing what they've always done best: getting players to kick asses. In Destiny, multiplayer matches are dished out through the Crucible, your central hub for fine-tuning your multiplayer experience. When you're not ranking up through matches, you can go back into any of the planets available to you to explore and grind your way to higher levels. I had no problems with the artificial intelligence of the enemies, and I really enjoyed customizing and upgrading my armor – it scratched a real Diablo 3 itch. Once you reach the level 20 cap, you may then proceed to level up using Light. This is basically a stat attached to high-level weapons and armor that adds up to increase your level beyond 20 (don't worry, you'll figure it out). Other than that, guns feel great, magic feels heavy and the overall experience of interacting with the world around you is very seamless and well thought out. A lot of love went into this portion of the game, and it will keep me coming back for a long time to come.

Meh: Peter Dinklage phones it in

Throughout the entirety of the game, your companion comes in the form of a little flying robot called Ghost, voiced by none other than Game of Thrones star Peter Dinklage. Unfortunately, his delivery of almost every line is stale and doesn't offer much in the way of believability. In his defense, I have a feeling the folks at Bungie told him to remain a little stoic considering he's a piece of artificial intelligence. On the flipside of that argument, there's an entire machine race that features some stellar voice talent with a wide range of emotion. Maybe the monotone voice acting would have made ironic sense if he had more pieces of snarky dialogue to contrast his delivery, but it comes off as a swing and a miss. Tough break, considering you spend the entire game with him chattering at you. It's not necessarily distracting, I just wish Ghost was an enhancement of the gravitas of the situation around you. That's just not the case here. Better luck next time, Dinks.

Good: It's a young world after all

There are many secrets that seem to be constantly unveiling themselves in Bungie's post-apocalyptic space world. They've created an online-only framework that will allow them to expand and add experiences for players for as long as they decide to keep doing so. They could increase level caps, expand the lore, add new planets, new enemies: anything their imaginations can bring to life. While I worry that this will expand the ever present gamer fear that developers now have permission to release unfinished games, I think Destiny has a good thing going for it. I just wish it had a more solid narrative out the door.

At the end of the day, Destiny is a rock solid multiplayer experience with many customization options and an air-right focus on prepping your Guardian for battle. The MMO structure brings a fresh take on the player's ability to micromanage their progression, but a dull single player narrative doesn't do much in the way of enhancing or representing the otherwise massive world around you. If you can look past that shortcoming, you will find a very satisfying and rewarding new-wave dungeon crawler that will keep you busy for weeks on end – especially with a plethora of daily and weekly challenges available at all times. Destiny is a hot mess, but a mess well worth experiencing. 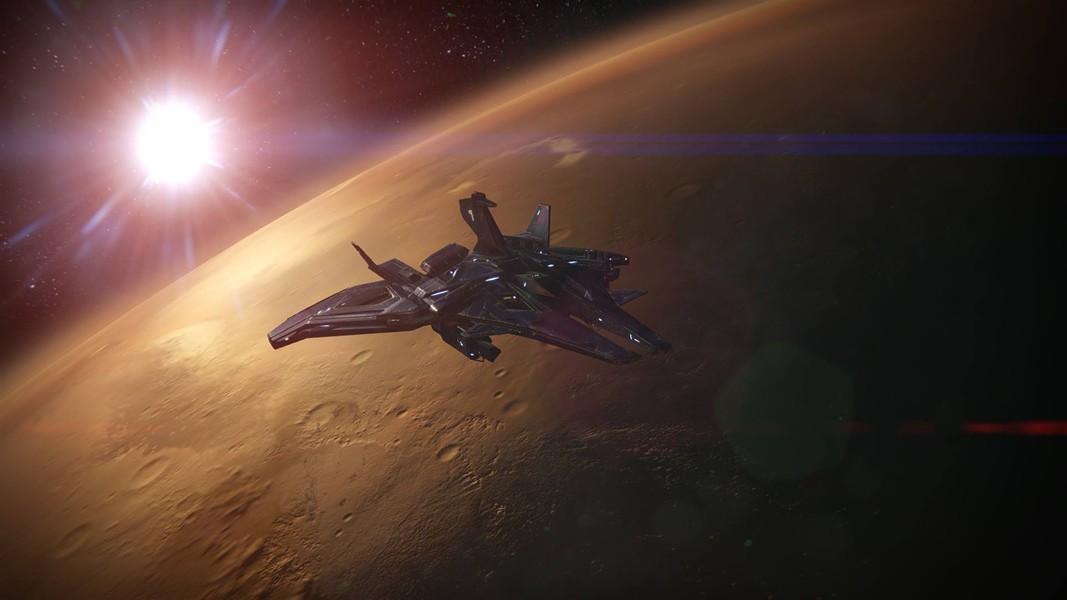