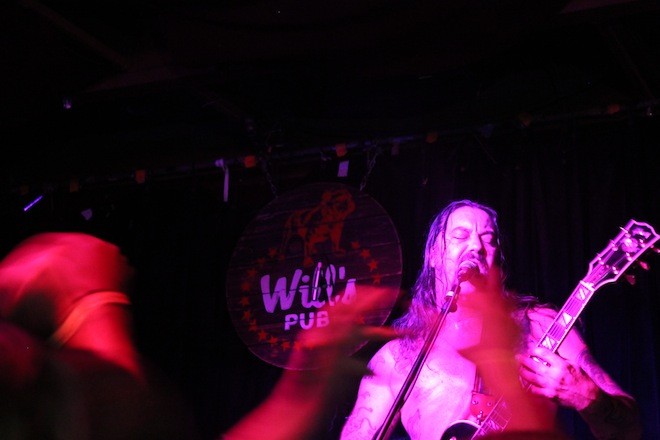 High on Fire at Will's Pub (photo by Ashley Belanger) It’s been a good while since the almighty High on Fire has played Orlando, and the overflowing attendance at this recent show (Sept. 21, Will’s Pub) reflected that anticipation. Really, there are fewer nastier, more exhilarating stoner metal bands alive than these Oakland dudes, and they ravaged the room beautifully to validate every megaton of serious devotion heaped upon them. Many of you probably already knew that. But more of you should know the locals who opened up for them. Even without High on Fire – and this is not a tenuous limb at all – this would’ve been a very impressive and diverse heavy bill just with the home team alone. Because of High on Fire’s sick rig, all the openers set up and played on the floor, which seemed completely natural for a punk band like Moat Cobra. A very effective and furious sonic combination, they’re a tough hardcore animal with dirty metal fangs. Once they dig in and focus their power a bit more, they’ll be a serious force. 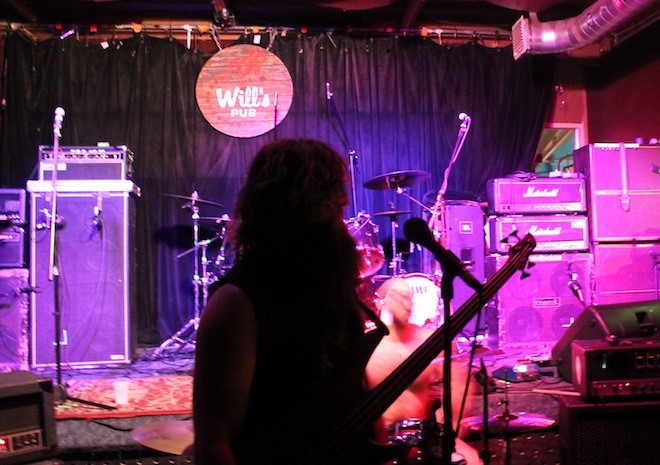 Dzoavits at Will's Pub (photo by Ashley Belanger) Next up was Dzoavits, an Orlando band that’s really emerging in style and profile. For a super-technical metal band that’s built on individual complexity, they have an outstanding and welcome understanding of epic ensemble movement. Delivering black intensity and full-on density with sweeping post-metal grandeur, Dzoavits hits the kind of heavy-beautiful surges that’s making heroes of new paradigm bands like Deafheaven. Their vision is coming more and more into focus, and it’s on pace with the kind of sonically massive metal that’s changing the game. 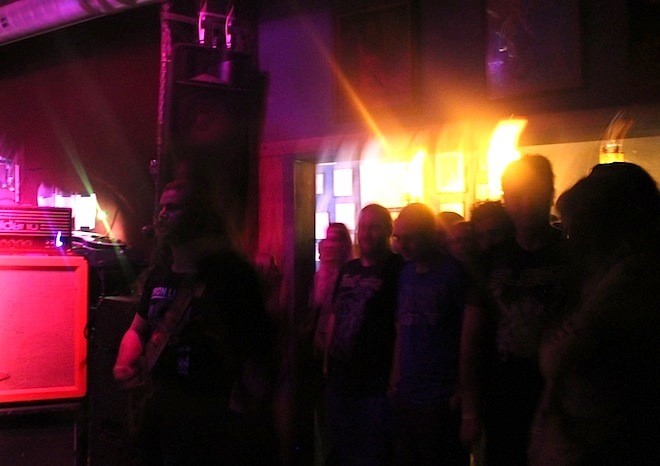 Gut Ruckus at Will's Pub (photo by Ashley Belanger) As the final kick before the headliner, local band Gut Ruckus got a little evil. By taking an inferno of Southern metal and punk and slowing its roll down just enough to really burn, they finally set off the heaving potential energy in this crowd and got the bodies flying. It’s as hot and horned of a primer as High on Fire could hope for.