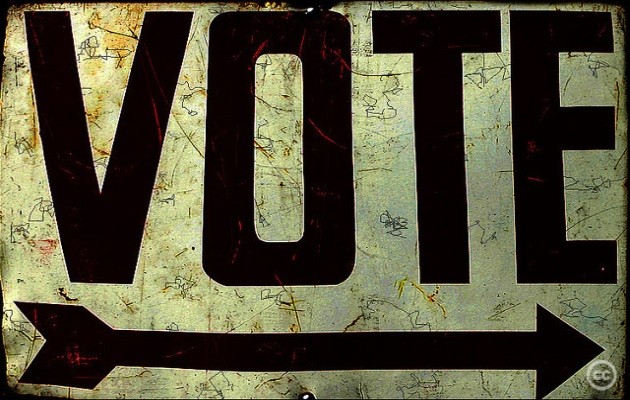 In a conference call this morning, the League of Women Voters of Florida announced its position on three amendments that will be on the 2014 ballot.

Amendment 1, called the Florida Water and Land Conservation Initiative, would set aside 33 percent of all revenue from the state's documentary stamp tax (money collected whenever real estate is sold) to restore and conserve the state's water resources – rivers, lakes, streams, coastal lands, springs and more. The amendment is being presented because, despite being water rich, the health of Florida's water sources is poor – it's estimated that the Orlando metropolitan region, for instance, is on track to potentially run out of potable water, which it draws from the Floridan Aquifer.

The League of Women Voters is urging Florida voters to vote yes on Amendment 1.

"We supported [this amendment] after very lengthy discussion," League of Women Voters of Florida president Deidre McNab said on the call. "Generally we do not support amendments that identify a source of revenue or spending in the constitution." McNab says that the organization decided that the issue of water conservation was vital to the state.

"Florida is facing a crisis with the quality and quantity of water," said League of Women Voters board member Chuck O'Neal, who pointed out that the documentary tax stamp has been around for decades and has primarily been used for conservation purposes – so the amendment would not create a new tax on citizens, it would just formally allocated funds from taxes already being collected. "I see the St. Lucy estuary being used as storm sewers, the coral reefs in Florida are dying of nitrate pollution, our springs are losing flow due to a lack of planning on the part of water management districts, rivers and lakes are choked with algae

and the Indian River Lagoon is in a state of ecological collapse. So when we talk about money, is 1 percent too much to save these tresures of Florida? I think the voters will see that 1 percent is not too much. There is a moral imperative to save these water bodes and treasures of the state."

Amendment 2, called the Florida Right to Medical Marijuana Initiative, would make it legal for doctors to prescribe medical marijuana for patients suffering from debilitating medical conditions. The League took no position on this amendment, McNab said, because it did not do a study on it.

Amendment 3, called the Florida Prospective Judicial Vacancies Amendment, is a somewhat confusing measure that would allow sitting governors to "prospectively" fill a judicial seat before a judge vacates it. The way the law currently works, a judicial seat may not be filled until a justice officially steps down, which usually happens at the end of the year, at the same time the term of a sitting governor who has not been re-elected may also be ending. This means that a governor about to leave office may not be able to appoint the new justices – that role would fall to the incoming governor. In 2018, there are three state Supreme Court justices who will be turning 70, and all three are considered to be "liberal" justices. Since Florida law requires Supreme Court justices to step down once they hit 70, the current law would allow whomever takes office as governor in 2019 to fill those spots. If  Amendment 3 passes, though, and if Gov. Rick Scott were to be re-elected in 2014, the new law would allow him to squeeze in three judicial appointments on his way out the door, before a new governor is inaugurated in 2019.

The League of Women Voters is urging voters to vote no on Amendment 3.

"[This is] a bizarre solution searching for a nonexistent problem," former Florida Supreme Court Justice Harry Lee Anstead said on the call. "The bizaare part of the solution lies in the language used by the proposers themselves. They have created a new category called "prospective appoingments," and that in itself is bizarre.

There really is no ambiguity [in the current process.] Currently the governor may not fill an expected vacancy until the justice's term expires. That is clear and unambuiguous [and] there has been no problem with that appointment process at all."