This Little Underground: Broncho and Low Litas at Will's Pub

Broncho at Will's Pub (photo by Ashley Belanger) There are many good bands that go overlooked. It’s always been that way and it’s always gonna be, and it’s a frustration that all passionate music heads face. But even after all these years, I still have a problem with it. That’s why the current case of Broncho (Sept. 25, Will’s Pub) is one of things that has me pulping my head against the wall. This Tulsa band remains wildly underrated almost everywhere. Here, however, I’ve been talking them up till I’m blue in the face. Well, OK then, I’ll go a shade deeper and tell you, again, that you missed out on a really good show by a great band that has the stuff to pop at any time. But, despite scant attendance at their Orlando shows, we’ve been fortunate enough to have them here three times so far (once as an opener to Two Gallants). So can we agree that – should be blessed with a fourth occasion – we’ll all show up and go total ape? Excellent. I knew I was right about you guys. Tourmates and fellow Tulsa band Low Litas, despite a tentative performance, showed some good instincts with a punk- shoegaze-dream hybrid sound. I’m sure they’re better when they give more of a shit. 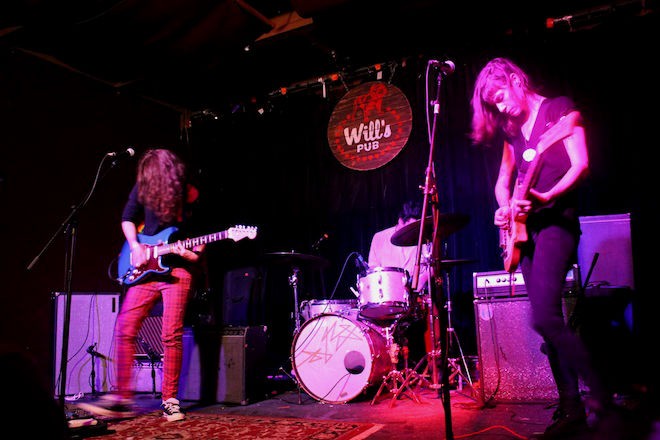