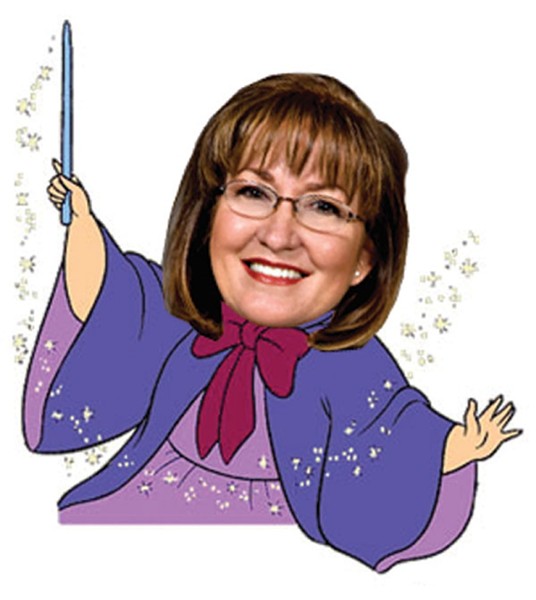 We've been hearing rumblings about Mayor Teresa Jacobs and some secret meetings ever since we dove headfirst into her Dropbox scandal (and its adjoining lawsuit). The gist is that Jacobs – via her longtime supporter, friend, confidante and former Christian Coalition of Florida leader John Dowless – has also been looking to secretly kill Question C on the November ballot that would inform the electorate as to candidates' political affiliations and move county elections to November, presidential-year ballots. In order to do that, she held a "secret meeting" with lobbyists and power brokers in late September, one that citizens group Citizens for Informed Elections is saying (via press release) ran afoul of the state's public meetings laws. It's getting ugly! We'll have more on the resulting multi-partisan coalition that has formed as a result of some of these meetings in Wednesday's Happytown column, but for now, feast your eyes on a very nervous Teresa Jacobs as she tries to get away with it one more time.

(ORLANDO, Fla.) --  Orange County Mayor Teresa Jacobs met with top county lobbyists and political donors at an invite-only meeting where they hatched a plan to kill a referendum that 50,000 voters put on the Nov. 4 ballot to make elections more transparent.

This secret Sept. 24th meeting (invitation is attached) included Jacobs’ chief political consultant, John Dowless, who used a political committee he set up for the mayor to put out an illegal mailer that seeks to oust Florida’s first gay lawmaker. This Jacobs-Dowless brand of backroom politics is what supporters of transparent elections want to end.

This same secret meeting also included several lobbyists who are registered with Orange County government: Thomas Wilkes, Kurt Ardaman, Tre' Evers, former Mayor Rich Crotty and Mike Ketchum. None of these lobbyists have filed the required “off-campus” lobbying disclosure for this meeting, which is essential for transparent government.

“Today we call on Mayor Jacobs to sanction those lobbyists who violated the county’s lobbying transparency rules by meeting with her, and failing to disclose it,” said Sean Ashby of Citizens for Informed Elections. “Orange County residents deserve better than a government run by backroom dealers and lobbyists who break the rules. Jacobs should not let her pals -- who have regular business before the county -- get to play by a different set of rules.”