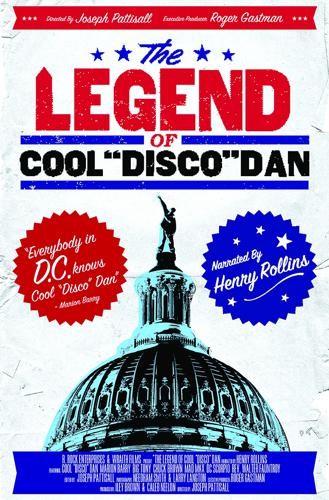 Punk icon Henry Rollins narrates this propulsive doc about the intersection of street art, go-go music and crack cocaine. Set in 1980s Washington, D.C., The Legend of Cool Disco Dan uses the life of graffiti artist Danny “Cool Disco Dan” Hogg as a lens through which to focus on the social and cultural forces at work as the metropolis went from being nicknamed Chocolate City to being known as Murder Capital, USA.

Director Joseph Pattisal and producer Roger Gastman (Exit Through the Gift Shop) corral a parade of deep thinkers, rogues and scoundrels (including former mayor Marion Barry and go-go innovator Chuck Brown) to muse upon the joyful rise of go-go and graffiti culture and its grimy fall amid a drug epidemic that saw an explosion in murder and mayhem. The redemption and recognition of the once-ubiquitous tagger mirrors the redemption of the city itself – a work in progress, to be sure, but on the upswing.