Thank you, Internet: Snickers donuts and the first human on Mars

October 10, 2014 at 1:36 PM
comment
It's Come Out With Pride week, which means there's a ton of awesome stuff to do this weekend. Before you get on with your Pride activities, though, you have to bust through the last few hours of work. Here are some links that should help:

1. Snickers donuts are not a new phenomenon. You can get some damn tasty ones at Donut King, just down the road in Winter Park, which features a donut with crumbled Snickers pieces on top of chocolate frosting. Over on the other coast, through, California Donuts has gone one step further, baking an entire Snickers bar inside a donut. Bring to Orlando?

2. The first episode of Spaceship Florida on YouTube is up! It is everything it promised, featuring stories ripped from Florida newspapers, local actors and general Florida-man wackiness. 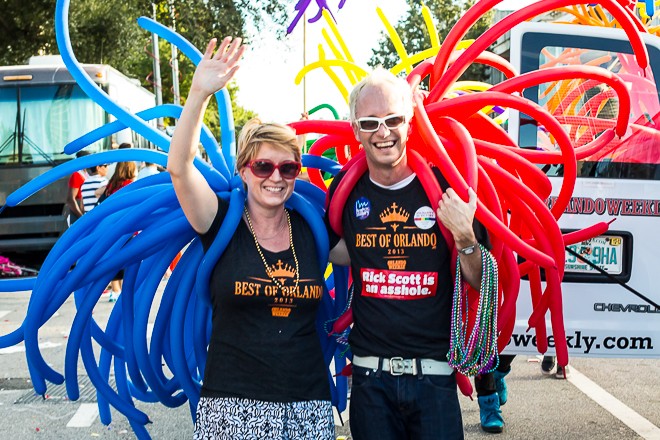 3. We had a blast walking in last year's (and all the previous year's) Come Out With Pride Orlando parade. Take a look at this gallery highlighting all of our good times from last year.  Hint: look for our four-legged mascot riding with style in the Orlando Weekly van.

4. Meet Alyssa Carson, a Louisiana teenager whose mission in life is to be the first human to set foot on Mars. At only 13, she tells BBC News she's already been in training for this mission for nine years. She's attended three different versions of NASA's Space Camps and has the next 20 years of her life mapped out to help her attain her goal. That's dedication.

Tip Jar come out with pride Thank you Internet Video