Westgate Resorts, owned by David Siegel, will raise its minimum pay to $10 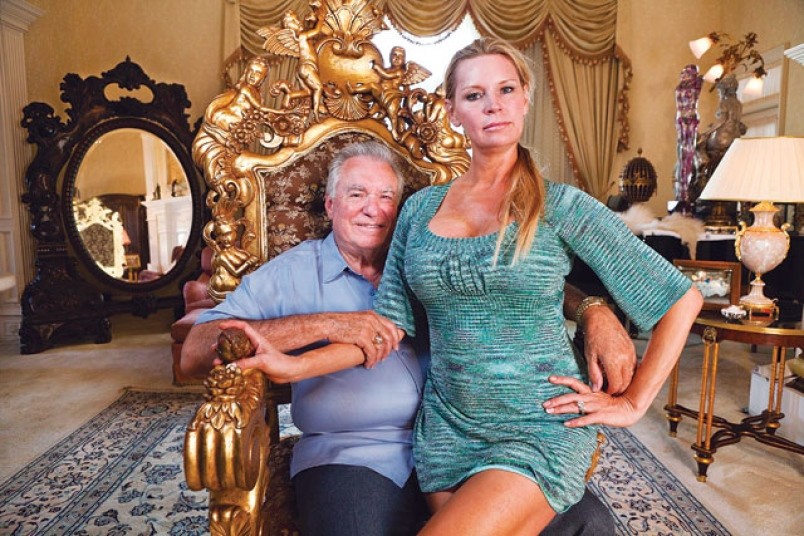 Hey, remember that time in 2012 when timeshare mogul David Siegel, owner of Westgate Resorts, sent his employees a crazy email telling them that if they voted for Obama, they'd probably be putting themselves out of jobs (because Obamacare and all of the things Obama was going to do to destroy the economy)? The gist of it went something (well, exactly) like this:

If any new taxes are levied on me, or my company, as our current President plans, I will have no choice but to reduce the size of this company. Rather than grow this company I will be forced to cut back. This means fewer jobs, less benefits and certainly less opportunity for everyone.

So, when you make your decision to vote, ask yourself, which candidate understands the economics of business ownership and who doesn’t? Whose policies will endanger your job? Answer those questions and you should know who might be the one capable of protecting and saving your job. While the media wants to tell you to believe the “1 percenters” are bad, I’m telling you they are not. They create most of the jobs. If you lose your job, it won’t be at the hands of the “1%”; it will be at the hands of a political hurricane that swept through this country.

You see, I can no longer support a system that penalizes the productive and gives to the unproductive. My motivation to work and to provide jobs will be destroyed, and with it, so will your opportunities. If that happens, you can find me in the Caribbean sitting on the beach, under a palm tree, retired, and with no employees to worry about.

Well, it's two years later and Westgate Resorts is still in business. Siegel is not on the beach under a palm tree with no employees to worry about. In fact, he says, in a press release sent out by his company today that things are going great.

“We’re experiencing the best year in our history and I wanted to do something to show my gratitude for the employees who make that possible,” he's quoted as saying. “The Westgate family includes some of the most talented professionals in the industry and it’s important that we reward our current employees and continue to attract the best and the brightest in the future.”

Well, to reward the ones who weren't so freaked out by that 2012 email that they hightailed it out of Westgate's employ ASAP, Siegel is now raising minimum pay to $10 and hour for all current and new employees. Which, as much as we like to chide Siegel, is something we have to commend him for. He's joining the ranks of other hospitality companies, including Walt Disney World and Universal Orlando, which have also recently announced plans to raise their base pay ($10 for Disney employees, $9 for Universal), despite the fact that Florida's minimum wage is still stalled at $7.93 per hour.

Siegel has also made news this year for a couple of big-ticket purchases he made with business partners – in April, he and a business partner bought the Cocoa Beach Pier, and in July, he bought the Orlando Predators arena football team. He and his wife Jackie Siegel – both of whom starred in the 2012 documentary about their lavish lifestyle, Queen of Versailles – are also taping episodes of a new reality TV show. Jackie tells the Sentinel that her husband is a camera hog.

Read the press release from Westgate about its plans to raise employee pay below.

All employees currently earning less than $10 per hour will receive a pay increase to the new level, with the exception of commissioned and tipped employees or employees covered by a collective bargaining agreement. In addition, all future team members outside of these exceptions will have a minimum starting pay of $10 per hour.

Although there are no Westgate team members paid at the federal minimum wage (other than commissioned or tipped employees), Westgate is implementing this wage increase to attract the very best talent in the hospitality industry and to provide a high quality of life for all of its employees.

In addition to the minimum pay increase, Westgate also announced the company is implementing its fourth consecutive merit increase for all eligible team members, a sign of the financial strength of the company.  Earlier this year, the company implemented a more generous 401(k) matching program, featuring a full 100-percent, dollar-for-dollar employer match of a team member’s first four-percent contribution.  Team members are eligible for this program after only 90 days of employment.

“We’re experiencing the best year in our history and I wanted to do something to show my gratitude for the employees who make that possible,” said Siegel. “The Westgate family includes some of the most talented professionals in the industry and it’s important that we reward our current employees and continue to attract the best and the brightest in the future.”

Westgate Resorts ranks as the largest private employer in Central Florida.  The company added more than 4,000 team members across the country in the past year. Westgate is noted for employing one of the largest workforces of six-figure plus wage earners in the Central Florida area, many of whom began their Westgate careers at entry-level pay.  In addition to these new initiatives, Westgate offers programs that help employees in times of need, an extensive leadership development program, and a variety of community initiatives to both support team members and help the local community.