October 16, 2014 at 1:38 PM
comment
Move over Miley, there's another twerker in town and this one claims she's pulling 6 figures doing it for the Vine. 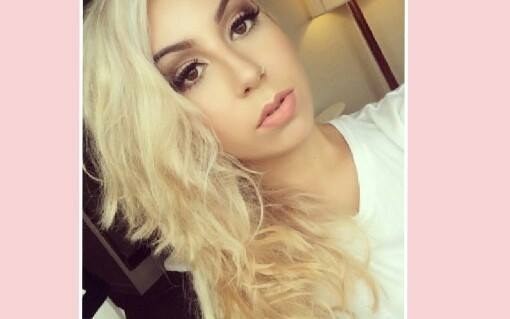 Jessica Vanessa, a former kindergarten teacher assistant from Florida, has quit her day job in order to pursue her dreams as twerker. The 22-year-old claims she didn't hate her old job (thank God mom and dad paid for college, huh?) but what she makes dancing on the social media app Vine makes her teacher pay look like peanuts.

"What I make in 6 seconds would take me 4 months as a teaching assistant," Vanessa told Barcroft TV, a lesson to all her former students to stay in school right? "Either I make money on the internet, I make money doing these videos, or I'm going to be broke and jobless." Again a lesson that even though you go to school to study education, then move on to teach others- you can still defy the whole system by dropping out to literally gyrate out of control and bring home the bacon- who needs a bachelor's?

Though the Vine twerk talent bringing in over 2 million subscribers won't say exactly how much money her money maker has brought in, she will say she's been able to purchase and pay off a car, as well as her student loans. All this fanny fame hasn't come easy for the former teacher. Bullied to breakdowns by online followers calling her a slew of unsightly names, commenting on her body image, and questioning how her family feels about her career have caused her to come out in support of her fellow twerk sisters.

"People like to define you as a whore for twerking, but it's just a kind of dance- that's it. If people were open minded they would understand that", says Vanessa, and thankfully she's got family support.

Turning twerking into a family affair Vanessa's younger brother films all of her vines, while she claims her grandmother and father applaud her ass-tastic venture (kinda makes you wonder what a family Christmas card looks like).

"As a little girl I always wanted to be somebody big", she said. "I always wanted to entertain people" and it seems those dreams have come true. Maybe one day she'll revive her teaching career, after all someone has to teach the next generations kindergarteners how to twerk hard for the money.