Miss Mommy: I was told I couldn't compete in beauty pageants because I have a child 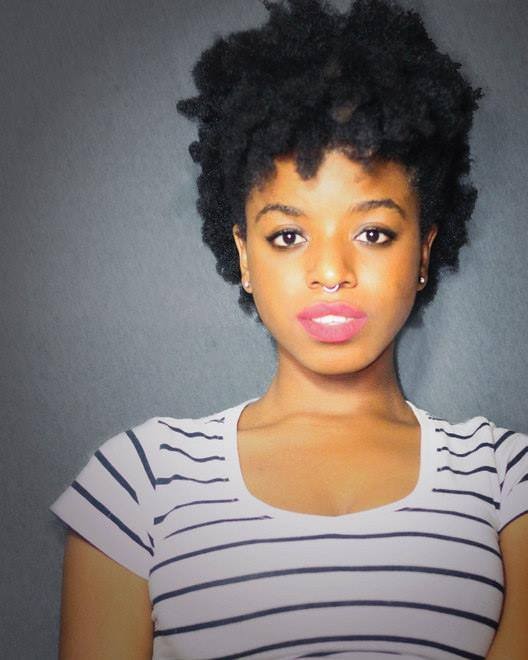 On Monday Oct. 13, I was expelled from the Miss UCF Pageant.

Not because I wasn't talented, or pretty or a worthy contestant. ?It was because I have a child.

I was considered good enough to represent my fellow students and women, until it came to light that my uterus wasn't pristine. To be completely honest, it’s infuriating. Having a child isn't indicative of what kind of candidate I would have been. It has nothing to do with my character, my personality or my sense of community. My child is not the sole defining trait of my life. But somehow the Miss UCF Board felt that this aspect of my life gave them the right to me.

So they kicked me out.??It was unfair, it was unjust, it was discriminatory in the most basic sense of the word. It should be noted nowhere in the rules does it state that Miss UCF cannot have a child. Even if it did, these rules were NOT presented to me at the time of my audition.

Nowhere else in America can you be excluded from opportunity for having a baby. It’s illegal. But apparently beauty pageants are somehow above the law. I learned that larger pageants, including Miss Florida and Miss America, specifically state that contestants are not eligible to compete if they have ever been pregnant, nor may they be the adoptive parent of a child. Since Miss UCF is a qualifying pageant in the beauty pageant hierarchy, it has to abide by similar rules.

I have two issues with this:

First, if the Miss America pageant is naive enough to believe that no contestant in ANY of their qualifying rounds has EVER been pregnant, they need to be slapped with the original documents from Roe v. Wade. Twice.

Second, if the woman who wins is supposed to represent women in America, parading around women who weigh 130 pounds, apparently spawn spermicide, and have never had a relationship that moved past second base is unrealistic.

On Oct. 14, the school press got involved. And all hell broke loose. All of a sudden, I was getting phone, calls, emails, interview requests – and so was UCF.

My friends and fellow students rallied for the cause and told me loud and clear: “WE’RE ON YOUR SIDE, MOM.”??And just like that, I was back in. I was allowed to compete, and the discriminatory policy, I thought, was defeated.

I wish the story ended here. I wish we lived in a world where people and organizations could take the time to step back and realize that change is not threatening, it’s a sign of evolution and progress. That if a rule is contested, perhaps it’s because it’s flawed. But that didn’t happen here.

On Thursday, Oct. 18, The UCF Campus Activities Board called me in for a meeting. They told they had made the decision to support my participation in the pageant because I was a student of the university, so I had as much right to compete as any other student. ??But Miss Florida saw things differently. When UCF decided to back me, the Miss Florida Pageant brought down the hammer.

According to the University of Central Florida Campus Activities Board, as of this week, the Miss Florida Pageant has severed all ties with the Miss UCF Pageant. UCF will not be allowed to use the Miss America logo. They will not be allowed to say they are affiliated with the pageant. They will not be permitted to send a representative of the school to participate in the Miss Florida Pageant. In short: They’re out. Simply because they allowed a contestant who has a child – me – to compete in a pageant.?? Instead of allowing me a chance to advance to the next round, Miss Florida has already disqualified every single potential contestant coming out of the university four months before we even take the stage.? ?All because of a 2-year-old child.

Or is it because I had the audacity to bring a life into this world before I got my bachelor’s degree? To be honest, the only reason I’m even in school is for my child. I took a few years off after I gave birth, I worked 43 hours a week, spent time with my kid on weekends and watched my child’s father break his back for $7.25 an hour, all so that we could never have enough. This most depressing kind of rat race was no life for our family.?? So we went back to school. All I wanted was more opportunities. Including the opportunity to compete in pageants.

But apparently that opportunity is reserved for virgins in tiaras and bedazzled gowns who frolic around with kittens in unwedded bliss.

But it's plain biological fact: Part of what makes a biological woman physically female is the ability to bear children. For an organization to claim they represent women, then purposefully reject them because they have children is ludicrous.? It’s hypocritical, discriminatory and outdated, and it does not reflect the world we live in today.

Lord knows I won’t take this laying down. I can’t. I am a mother, after all. And anyone who has a mother (read: everybody) knows: You don’t mess with mama.

Alma Hill is a business assistant and events team member for Orlando Weekly. She is also a journalism major at the University of Central Florida.