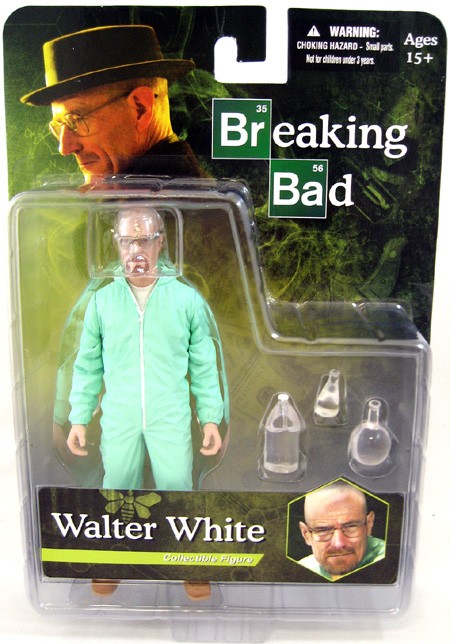 Image via Toys on Fire

Susan Schrivjer, a Ft. Myers mom has taken issue with the sale of Breaking Bad action figures in Toys 'R Us stores, creating a petition on Change.org asking the store to remove the collectibles from its shelves.

Her logic? "Kids mimic their action figures, if you will," she told WFTX. "Do you want your child in an orange jumpsuit?"

If Toys 'R Us were to follow Schrivjer's thought process, there would basically be no action figures left on their shelves. We assume parents also don't want their kids to be dual nunchuck-wielding turtles or one of the most evil men on television in recent history The Walking Dead's Governor.

Depsite Schrivjer's petition receiving over 7,000 signatures thus far, Toys R' Us will not be removing the Breaking Bad action figures from its shelves anytime soon. From a statement on their website:

"We carry a variety of fictional character action figures, including those for our collector customers.  The products you reference are carried in very limited quantities in the adult action figure area of our stores."