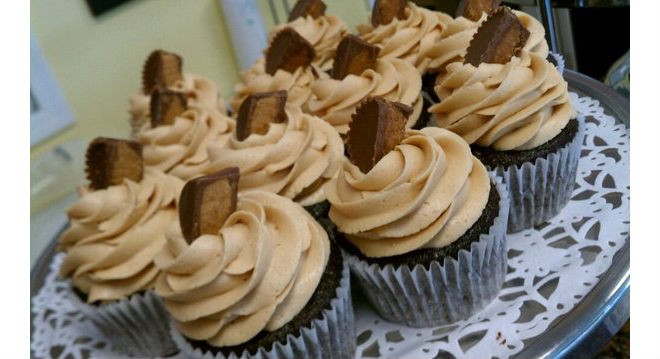 21 Orlando cupcakes that will satisfy your sweet tooth

Shari's Berries, a gourmet confectioner, conducted research to determine which U.S. city has the biggest sweet tooth. And, Orlando? Well, we're No. 1! And we're not all that surprised.

The City Beautiful's sweets game is on point, with bakeries like B Cupcakes and Se7en Bites, providers of cool treats like the Soda Fountain and Lu Lu's Ice Cream Shop, and ridiculously awesome candy stores like Sassafras Sweet Shoppe. Here's what Shari's Berries had to say:

"It makes sense that the hometown of Disney World and Universal Studios, which attracts visitors from all over the world, has the biggest sweet tooth. However, it’s not just tourists looking for the best local cupcakes. Our Facebook ad research ranked Orlando residents first in their love of these baked delights."

Orlando's not the only Florida city that made the list, either. Miami was close behind us at No. 2, and Tampa wasn't quite as sweet as them at No. 5. At the very bottom of the list? Anchorage, Alaska.

To determine these sugar addict rankings, Shari's Berries employed what they are calling "sweet science." First, they used Google keywords to determine which cities Googled words like "chocolate" and "bakery" the most. Then the sweet scientists turned to Facebook ads to see how many residents in each city liked certain chocolate brands. Finally, they counted the number of dessert shops listed on Yelp. Each of the 100 most populous U.S. cities was then given a score based on that information and was ranked from 1 to 100.

What's your favorite place in Orlando to sate your confectionery cravings? Let us know in the comments!