Letters to a Satanist: Is there any place for occultism and magick in the Satanic Temple? 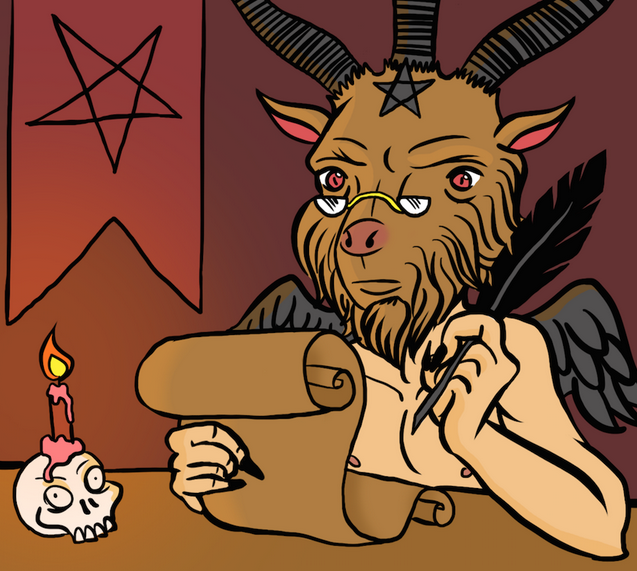 Recently, Metro Times, our sister paper in Detroit, unveiled a new column called Letters to Satan. Readers are invited to submit questions about Satanism to be answered by Doug Mesner, a spokesman for the Satanic Temple. Since the Satanic Temple has been so active in Florida in the past couple of years (they rallied for Gov. Rick Scott last year, and more recently, they’ve been saying that they’ll be handing out literature at Orange County Public Schools), we figured we’d run some of the letters, too. Here’s the next installment. Let us know what you think in the comments below.

You describe The Satanic Temple as “atheistic Satanism”. Is there any place for occultism and magick?

One of our tenets holds that, “Beliefs should conform to our best scientific understanding of the world,” and, “we should take care never to distort scientific facts to fit our beliefs.” We don’t feel it is our -- or anybody’s -- place to dogmatically dictate metaphysical interpretations regarding the nature of the universe to our membership, much less the rest of the world. The Satanic Temple specifically fights for a secular environment in which all people who adhere to our basic values can express their beliefs as they wish. If some of our membership subscribe to ideas of ethereal forces, we don’t feel we have anything to say about that so long as it doesn’t conflict with one’s ability to consider the best available scientific and empirical evidence regarding any given subject. Such beliefs, like all beliefs, should be approached with reasonable agnosticism, but one should not pretend that a failure to know anything with 100% certainty means that equal probability can be assigned to every proposition. This usually results in some form of “God of the gaps” argument where admitted holes in scientific knowledge are filled with speculative and admittedly improbable and often supernatural assertions. Gravitating towards the anomalous -- a rule’s obscure exceptions – can be an interesting intellectual exercise so long as one’s thinking remains open to the possibility of correction. It shouldn’t be entirely serious, but it shouldn’t be taken as a mere joke. I would prefer to refer to our Satanic occultism as Satanic ‘pataphysics, in the tradition of the French ‘pataphysicians of the 19th century.