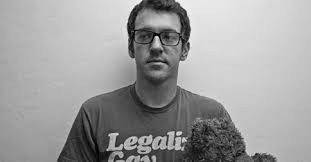 COMEDY We’re used to getting some shouty, punky music overflow from Gainesville around the Fest, but today we’re getting some shouty, punky comedy overflow as well. Although Fest comedy headliner Chris Gethard won’t be hitting Orlando until he opens for Mike Birbiglia at Hard Rock Live Nov. 18, Dave Ross and Allen Strickland Williams, one half of the sketch quartet WOMEN (their emphasis; you may have seen them on Tosh.0 or on their microsketch site, WomenComedy.com) take the stage at Will’s Pub to give us a taste of what we missed up in Gator country. Joining them are Zach Peterson and Ian Douglas Terry, who fit this Fest-themed bill well by incorporating jokes about metal and punk into their set. As anyone who’s been to Fest knows, it tends to result in a lot of weird anecdotes for even the average person; let’s hope these pros can turn some of those fresh experiences into comedy gold. – Thaddeus McCollum