'Nightcrawler' is Jake Gyllenhaal's most blistering performance yet 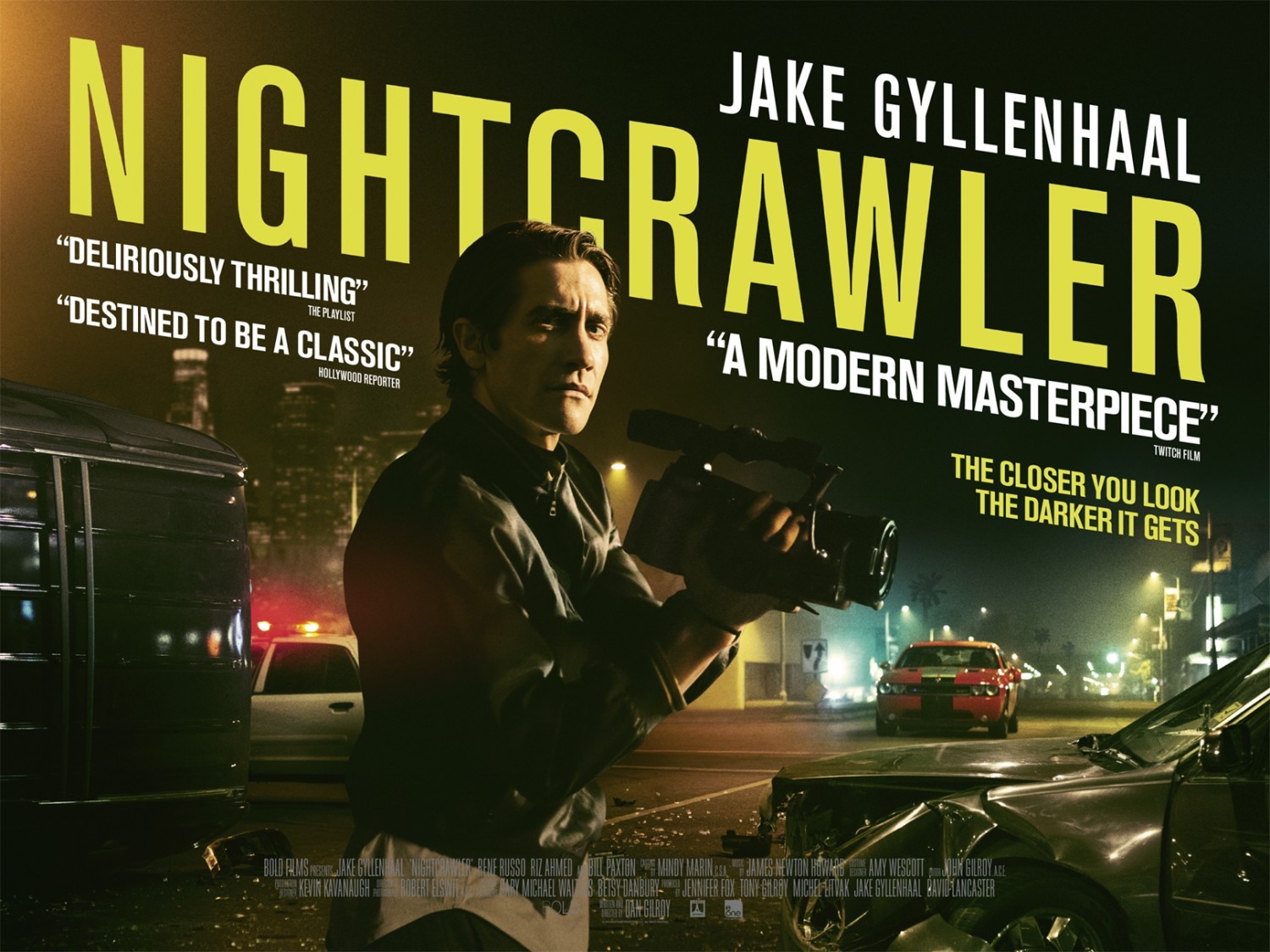 How have you been enjoying the Gyllenaissance? Ever since the debacle that was 2010’s Prince of Persia, 33-year-old Jake Gyllenhaal has completely revitalized his career. He’s been extremely picky about his roles, choosing to tackle more challenging and provocative films like End of Watch, Prisoners, and Enemy. Now with Nightcrawler, the actor delivers his most blistering performance yet – one swelling with enough menace and nuance to crack the foundations of a (brokeback) mountain. It’s his best turn yet. If you never thought Gyllenhaal had what it takes to turn your entire skeleton to ice, go see this relentlessly electric and chilling film.

He plays Louis Bloom (harkening back to the wanderer Leopold Bloom of Ulysses), a rabidly enthusiastic man trying to break into the cutthroat world of photojournalism on L.A.’s crime beat. He’s introduced as a petty thief, stealing copper and manhole covers to hock at the scrapyard. After a chance encounter at a car accident, Bloom finds his calling as a freelance crime reporter – filming as much blood and carnage he can in one night and selling it to late light news producer (Rene Russo). Want close-ups of a shooting victim bleeding out? Cross Bloom’s palm with silver and it shall be yours.

This new business venture takes Bloom down some deliriously comic turns. Through it all, we’re never quite sure what to make of this big-eyed, scrawny drifter. We’re provided no backstory whatsoever. He’s kinda pathetic, though it’s tough to resist his ambitious ideas. Sometimes he seems marginally psychotic, other times he’s in complete control, albeit desperate. Every line that comes out of his mouth sounds like it’s pulled straight from a “how to get ahead in business” or self-help book. He even admits to learning everything he knows “off of the Internet.” It’s a wholly noxious character that is impossible to peel your eyes off of.

It could’ve easily been a completely unhinged and over-the-top performance, but Gyllenhaal is in complete control of his craft. Like I mentioned, there’s no backstory to hold our hand through his mania, but so much is said through Gyllenhaal’s haunted stare and unblinking manner. There’s a small trace of humanity shown early on, which only makes Bloom’s transformation ultimately terrifying.

It’s also an absolutely hysterical performance. His For-Dummies knowledge that he spouts during inappropriate situations is uncomfortably hilarious and shaded by a wickedly immoral undercurrent that reveals his inner sociopath. It’s the greatest misanthropic central character since Daniel Plainview in There Will Be Blood.

The directorial debut of screenwriter Dan Gilroy, Nightcrawler takes a venomous look at socio-economic disparity and the upper crust’s fear of minorities bleeding into their neighborhoods. It’s not a heavy-handed examination, however. Thankfully the decayed human heart is woven organically into the story of broadcast news and the sensationalism that goes along with it. “If it bleeds, it leads,” as they say. And if it’s black and bleeds in a white neighborhood, god help us all.

About halfway through Nightcrawler, Gilroy assuredly kicks the film into high gear for a final half that’s bites with momentum. There are a few hiccups along the way (prepare to suspend your disbelief like a motha), but in the end Nightcrawler is a chilling, addictive piece of pulp fiction driven full throttle by Gyllenhaal’s revelatory performance. Think Michael Mann’s L.A. on crack, starring the bastard son of Travis Bickle and Alex DeLarge and you might begin to get a sense of Nightcrawler.

Four out of five stars