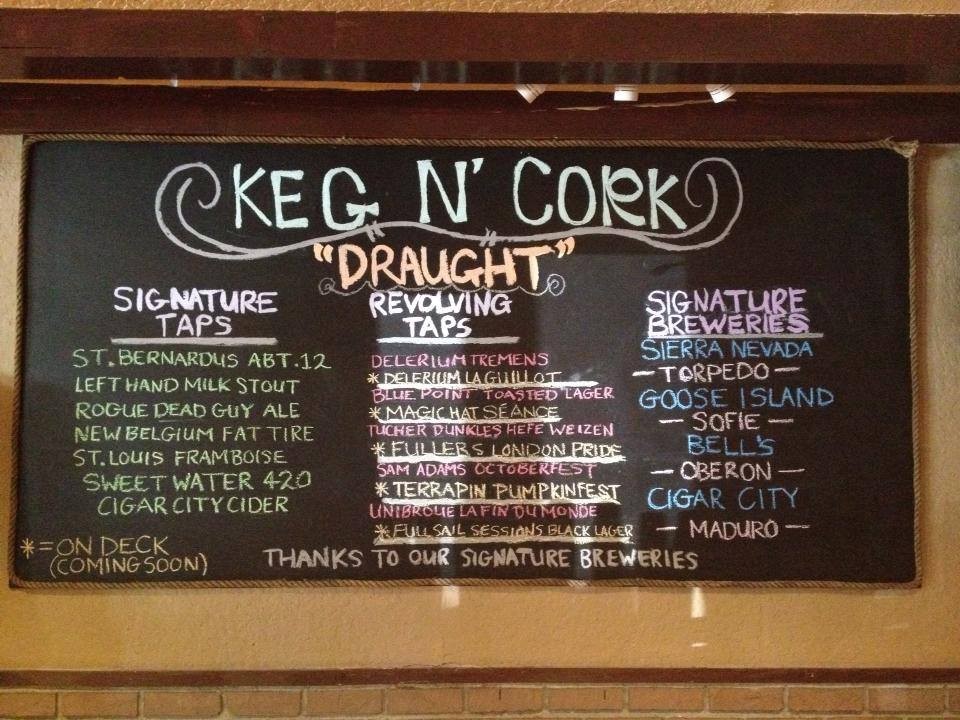 If you've got the post-Halloween weekend buzz going -- probably because you communed with too many spirits (get it?) Friday night and stayed in on Saturday and Sunday -- the Keg 'n Cork is offering up an excuse to skip the usual Monday night laze, have a few brews and get your chuckles in. Nick Pupo is hosting the inaugural edition of the Heinous Last Words comedy showcase tonight at 9 p.m.

In addition to some great Monday night beer specials -- $2 Blue Point Hoptical Illusion, $3 Highland Little Hump and Victory Hop Devil Ale, with more to be announced -- Pupo has wrangled up a 15-comic lineup that includes some of Orlando's best comics for the opening night. In addition to Pupo, who opened for Kyle Kinane at September's Orlando Indie Comedy Festival, the lineup includes local favorites Alex Luchun, Tom Feeney, Sean Finnerty, Clayton Anderson, Joe Chlapowski, Preacher Lawson and plenty of others. Check out the full lineup here. We can't help but speculate that the reason for the strong lineup is because a lot of these comics work in the service industry and Monday is basically Service-Industry Saturday, but that doesn't change the fact that this looks like a comedy-and-beer smorgasbord you won't want to miss.