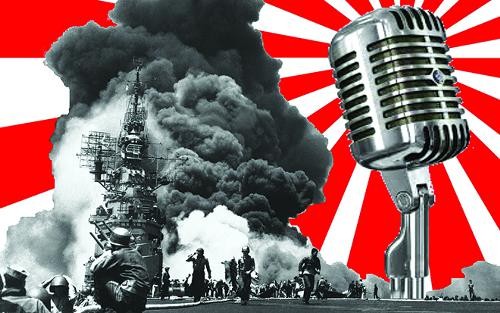 Bidding for Kamikaze Karaoke is closed now, so it’s too late to put your money down on one of the local celebs up for auction as part of this event. But you can attend the show and see what songs winning bidders picked to have their “prize” sing at the Abbey tonight. Your favorite Orlando personalities (including Orlando Weekly’s Billy Manes and Adam McCabe, as well as WFTV’s Marina Jurica, the Daily City’s Mark Baratelli, entertainer Ginger Minj and more) will sing any song their highest bidders choose for them – we certainly hope bidders were creative and chose particularly challenging songs. We recommend “Africa” by Toto (considered by many to be one of the world’s most difficult songs to sing along to) or the Lonely Island’s “I’m on a Boat” featuring T-Pain (because Autotune and ridiculous lyrics) or Flight of the Conchords’ “Hiphopopotamus vs. Rhymenoceros” (because it’s impossible). All proceeds from tonight’s event benefit the Maitland Academy of the Performing Arts (formerly known as Starving Artist Studios), which provides professional training in the performing arts to people of all ages, skill levels and socioeconomic status. Maybe after some of our local celebs belt it out on the stage, they can sign up for a class to up their karaoke game.