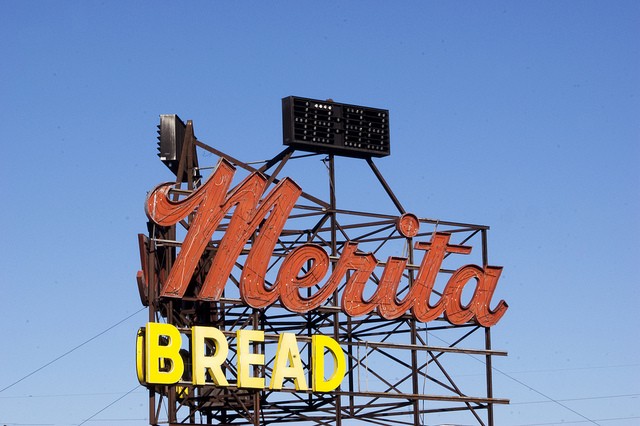 Image via the Park Press

For decades, the Merita Bread sign acted as a welcoming beacon to downtown Orlando for those traveling eastbound on I-4, just south of downtown. Two years ago, the bread company closed its doors when Hostess, its former parent company, went bankrupt. Tomorrow morning's commute will be the last time the iconic neon sign greets drivers to downtown Orlando. After more than 50 years, the Merita Bread sign is coming down.

The new owners of the former Merita Bread building, Maudlin International Trucks of Orlando, is giving the double-sided sign and the neon letters on the side of the building to the Charles Hosmer Morse Museum of American Art, which plans to fully restore the sign and add it to the museum's growing collection of historic Orlando signs. The sign will be dismantled in sections and is anticipated to be completely wiped from our skyline by 4 p.m. Thursday, Nov. 13.

So, as you drive by the former home of the best smells in Orlando, give your invisible hat a tip to a long-standing Orlando icon. We will certainly miss it.